The mother of a Mandurah teenager whose body was found in bush near Pinjarra almost 40 years ago has called on those responsible for her daughter's death to give themselves up and put her grieving mind at ease.

In a new four-part podcast about Annette Deverell's 1980 disappearance, launched today by Mandurah Mail, Margaret Carver also says she wants a coronial inquest to examine the case and the state government to offer a reward for information that may help bring the killer or killers to justice.

September 13, 2019 will mark 39 years since Annette, then 19, disappeared from outside a post office in Mandurah, on the corner of Sholl Street and Pinjarra Road, after a night out dancing with her friends.

Her remains were found two years later in bushland near Pinjarra.

Annette's 76-year-old mother Margaret Carver says she does not want to die without knowing what happened to her daughter that night in September 1980.

Annette's friends, some of whom were with her on the night she disappeared, are now in their late 50s and early 60s. Some have already passed away.

Mrs Carver said this may be the last chance for police to speak with people who know what happened to her daughter.

"Most of them are still in Mandurah, not many of them have moved away," she said." Somebody must know something out there. I don't want to go to my grave not knowing it was never solved."

Annette's friend Barbara Calleja said the case had a long-lasting impact on people living within the town.

"You just look at everyone and think, 'do I really know you?'" she said.

"I think it's about time somebody opened this case.

"You see all the other ones on TV, all the cold cases and they are finding the murderers. And I think 'come on somebody, get Annette's out'."

The state government has offered a $250,000 reward for information that helps police solve any one of 12 WA murder and missing person cases.

But there is no reward on offer for information about Annette Deverell's disappearance. In a separate local case, Mandurah mother Margaret Dodd successfully lobbied for a $250,000 reward to be offered for information regarding her 17-year-old daughter Hayley's whereabouts.

Hayley vanished in July 1999 from Badgingarra and Francis John Wark was convicted of her murder in January 2018. Ms Dodd said she was able to secure the offer of a reward three years after Hayley's disappearance because she did not take no for an answer.

Ms Dodd said the Annette Deverell cold case was still solvable. "There's a lot of strange things about that case," she said. "Annette's poor mother would love answers. "I think the police service owe them to do the best they can possibly do."

There has never been a coronial inquest into Annette's death, despite hearings being used in cold cases to assist police with their investigations.

An inquest was opened in 2017 to examine the murder of brothel madam Shirley Finn in 1975. The inquest shone a light on police corruption and brought forward new witnesses.

Mandurah Mail journalist Carla Hildebrandt has spent the past year investigating the circumstances of Annette's disappearance by speaking with the teenager's family, friends and investigators, to tell the story of a fun-loving teenager's life, which was cut tragically short. 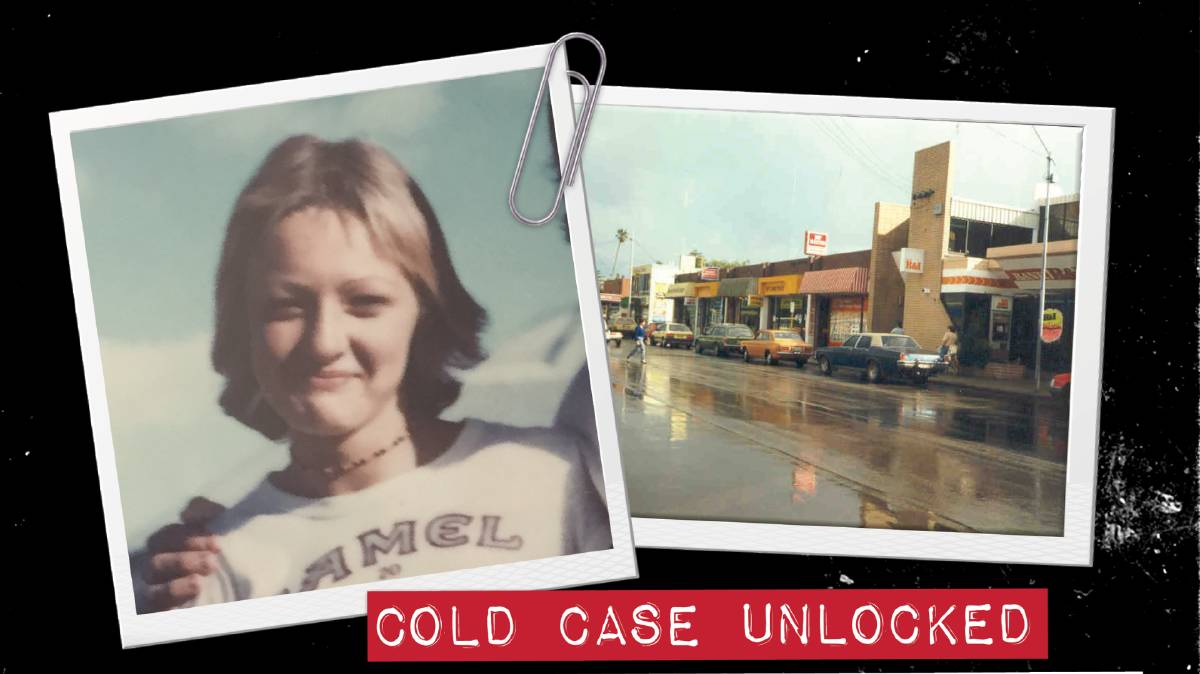 Her four-part podcast will piece together the details of the night Annette vanished, uncover the problems police investigators faced at the time and look at how her death shook the sleepy seaside village of Mandurah in the 1980s - and continues to haunt some of its residents to this day.

Mandurah Mail is also calling on anyone with information to come forward and help police solve the mystery, as well as joining with Mrs Carver in asking for a reward to be offered and a coronial inquest to be held.

It is hoped that the Annette: Cold Case Unlocked series will spark someone's memory or encourage witnesses to come forward with the information that finally gives Mrs Carver the closure she deserves.

If you have any information that could help police solve this case, contact Crime Stoppers on 1800 333 000. You can contact Carla Hildebrandt by emailing annettepodcast@gmail.com.