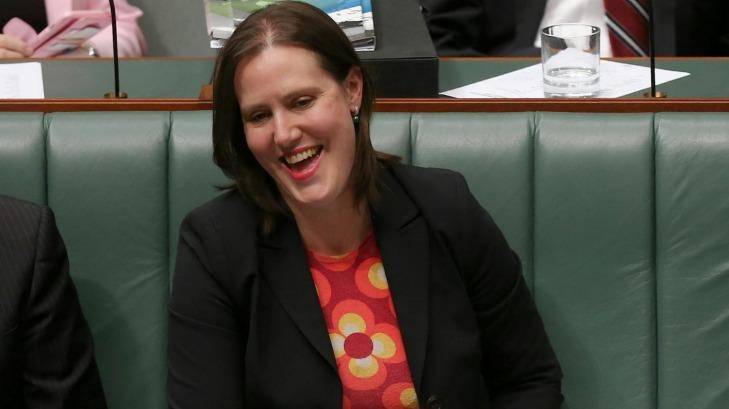 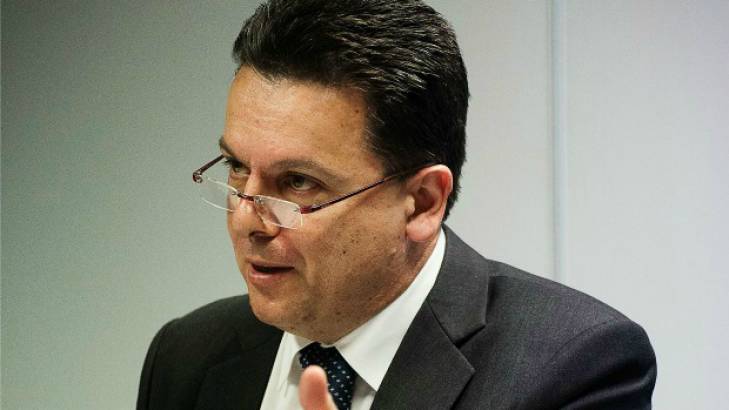 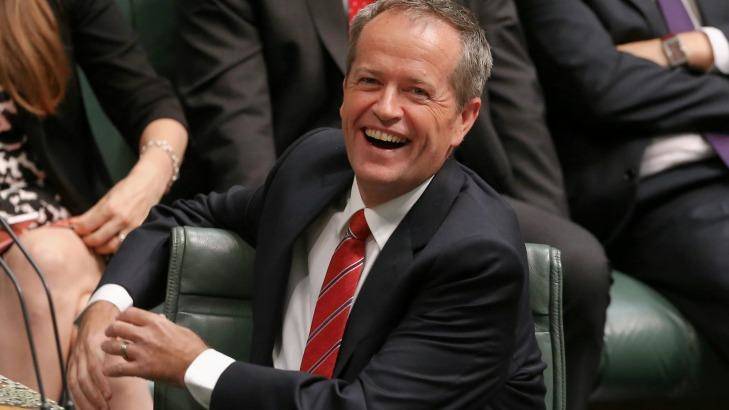 The backbencher was reading aloud in the joint party room meeting. The excerpt he had chosen was a diligent description of the practice of "tucking", which gender dysmorphic teens use to hide their genitalia.

He was only halfway through when the Prime Minister bid him stop.

Enough, Malcolm Turnbull told George Christensen, one of the right-wing Coalition members outraged by "Safe Schools", a federally funded initiative targeting bullying of gay and gender-confused kids (although Christensen's chosen excerpt was not taken from the Safe Schools materials but a sister website). We'll review the program, he told his colleagues.

It was a victory for the Coalition's tough right-wing rump, notably Senator Cory Bernardi, who believes the program "indoctrinates kids with Marxist cultural relativism".

Christensen, who later likened the program to paedophilic grooming, was pleased.

"Some people might have been surprised. Without a doubt, Malcolm is a small-l liberal," Christensen says.

"But he realises he is the custodian of not just the Libs but of the LNP Coalition, of which there is many a conservative member …I think it's Malcolm saying he can be a leader of both wings."

Others are saying it shows nothing but how badly Turnbull is rattled by the right wing of his own party, perhaps traumatised by their brutal killing of his last turn at the Coalition leadership in 2009. His appointment of the arch-conservative Tony Abbott ally Andrew Nikolic to chair the joint intelligence committee further fuelled this line of criticism, although Liberals pointed out Nikolic does have a 30-year military career behind him.

"Malcolm Turnbull needs to be the Malcolm Turnbull of old," Bill Shorten told journalists, and for once, the Opposition Leader renowned for his failure to land his "zingers", seemed to hit a mark.

Media commentators and most importantly, the electorate (if the government's deflated poll position to a 50-50 two-party preferred vote is anything to go on) have this week mourned the Malcolm who seized office last September.

The Turnbull of six months ago was a high-talking, socially progressive and eloquent creature, who seemed willing to burn some of his huge popularity on serious tax reform.

But this new, contemporary Turnbull was being diverted by right-wing campaigns. He was distracted by penis tucking. He was abandoning his opportunity to pursue great, nation-bettering, budget-repairing policy. And he was getting terribly wordy, especially in his longer interviews.

When he took the prime ministership, Turnbull promised a kinder, more consultative style, and an end to policy on the run. Maybe that's exactly what this was.

Or maybe we were witnessing the beginnings of a dangerous Prime Ministerial dither.

It was one of those cases where the clarification only served to draw attention to the error. On Wednesday morning Assistant Treasurer Kelly O'Dwyer put out a statement to "explain" the comments she made on breakfast television stating that the opposition's policy to curb negative gearing tax concessions would drive up house prices.

The Prime Minister had spent the week arguing forcefully the very opposite – that the policy would drive house prices down, leaving Australia's legion home owners worse off.

"Vote Labor and be poorer!" he cried in question time.

His critics were quick to spot the kind of five-word slogan the Prime Minister himself had sneered at when used by his predecessor Tony Abbott. Sources close to the Prime Minister rejected that, saying Abbott would simply have shouted "You'll all be ruined!", without making any of the economic arguments Turnbull did.

Chastened by her off-message gaffe, O'Dwyer said she had only been talking about price rises for new properties. The crack was puttied over, but Labor used question time to pummel the government for being in "chaos", and while that may have been an over-reach, the episode drew attention to the governmental tax policy vacuum.

"Even cabinet ministers aren't really sure what the line is," says Justin Di Lollo, head of government relations companies at STW Group, and a former Kim Beazley staffer.

"How can you assault an opposition policy if you don't know how much of it you want to borrow for yourself later?"

With nothing official announced, but plenty of leaking to the newspapers, it seems likely the government will make some negative gearing changes, although a strong group of backbenchers is demanding the concessions remain untouched.

Contrary to some reports, the Prime Minister has not ruled out changes to capital gains tax.

But will it be enough? On Thursday Fairfax Media reported the government was preparing to abandon serious tax reform in favour of some "minimalist" reforms of negative gearing and the tax treatment of money poured into superannuation accounts.

After joyfully proclaiming he wanted a national debate on tax, Turnbull seemed to be painting himself into a corner by ruling out the only tax targets that will save the national budget any serious money. When the debate began, the Prime Minister flirted with the idea of changes to the GST but rejected it a fortnight ago. His Treasurer Scott Morrison has gone to ground, amid reports there is tension between the two over the GST back-down.

John Daley, chief executive of the Grattan Institute, which has long campaigned for an overhaul of negative gearing and capital gains tax concessions, is deeply disappointed by the progression of the tax debate.

"The Prime Minister appears to be running out of choices," Daley says.

"Capital gains tax and its treatment in superannuation are the only major targets left. Savings-wise, that's milkshake territory."

Meanwhile, the Labor opposition has released and is heartily defending its own tax policy, a proposal to wind back negative gearing for future purchases of existing properties.

"We know Malcolm to be a smart guy but he is actually more of a political neophyte than we realised," Di Lollo says.

"Either Labor or the media is now running this debate on tax."

Meanwhile, Shorten stands ready to wedge Turnbull and his moderate colleagues by attacking the Coalition's ideologue elements. One cabinet minister concedes the Safe Schools controversy was an example of the right wing "throwing their weight around because they feel no obligation to [the PM]". The fracas led to Shorten branding Bernardi a "homophobe" in a terse exchange which won the Opposition Leader props from the kinds of progressive voters who thought Turnbull was one of them.

Sure, Shorten telegraphed, he might talk big on gay marriage and public transport, but look who he's really captive to.

But Grahame Morris, Liberal lobbyist and former chief of staff to prime minister John Howard, says that anyone who thinks the Safe Schools issue is solely the concern of a few conservative belfry-dwellers doesn't know much about middle Australia.

"The Prime Minister is doing what mums and dads would expect him to do," Morris says.

"Programs like these are fine but only if parents agree. I think he is somewhere near middle Australia on this one.

"Apart from a few Tony [Abbott] supporters who lost their jobs, the Coalition is actually quite united. It's just that journalists tend to gravitate towards useless noisemakers."

Sources close to the Prime Minister reject any charge of dithering or back-downs. While the dismount from GST reform may have been "inelegant", Turnbull rejected it because he thought it would not be economically sound, they say. On tax reform, the Prime Minister is simply refusing to adhere to a false deadline set by his opponents, both within and without.

Independent Senator Nick Xenophon took tea with the Prime Minister in the latter's office this week and found him relaxed, "his usual charming self".

"I don't think he's lost his chance at reform but he needs to grasp it fairly quickly," Xenophon says.

"The reason Labor has a bounce in the polls is people respect they were willing to stick their neck out and say, 'This is what we will do and how much it will cost.'"

"The paradox is that someone who is regarded as a small-l liberal is being a small-c conservative in strategy because he wants to avoid the mistakes of his predecessor, who put up bold reforms with little consultation and little thought for the consequences."

Turnbull's time as opposition leader in 2008-09 both "bloodied and chastened" him, according to Xenophon.

"The old Malcolm would have crashed through, whereas I think he wants to be more cautious."

Every electoral cycle the parliamentary press gallery makes a parlour game of picking an election date. This time the speculation is even more frenzied because a double dissolution election may be called, and, if the government passes the senate reforms it wants, it could be re-elected with a majority in both houses.

This would mean one thing for Turnbull: a strong and fresh mandate.

'When we come down to an election campaign, I think the voting public will say, 'We need to give this guy a fair go'," Di Lollo says.

"For the PM to establish his own footprint in the electorate he needs to win an election in his own right. Following an election we will start to see the real Malcolm."

"I think it's stupid to judge now. The day after the election will be the time to determine how successful Malcolm has been."