A Mandurah private school, which receives millions of dollars every year in taxpayer funding, has told the father of a seven-year-old girl she would not have been welcome had it known her parents were gay.

Brendan, who has asked for his last name to be withheld to protect the identity of his daughter, raised allegations of discrimination on the basis of his sexuality against Foundation Christian College last week.

He said after his daughter told school friends he was gay, he was told by school principal Andrew Newhouse she could only stay at the school as long as she did not speak of her father’s sexuality or of his relationship with his partner.

“[My daughter] got talking about Tony Abbott and gay marriage and mentioned that her dad is with [my partner] and she was shut down by her teacher and then the teacher had to explain to the class what ‘gay’ is,” Brendan said.

“We were asked to go into a meeting that we thought would be about her education and how she was going in class to be told that [my daughter] had mentioned I’m gay,” he said.

“I was told that they don’t promote ‘gay’ at the school and [my daughter] was unable to talk about my life between [my partner] and me and general stuff about what a kid talks about with her parents.

“She could mention my name, but she couldn’t talk about us being gay or relating to us as a couple, so pretty much to a seven-year-old, we were forced to say to [my daughter] that she wasn’t allowed to talk about Daddy or [my partner] at all.”

"He said to me that 'if we knew you were gay at the interview you would never have got in this school'."

For Brendan, who had recently embraced his sexuality and who shares custody with his former wife, this wasn’t good enough.

He said he met with the head of primary along with his daughter’s teacher, before taking his complaint to the principal.

“I told them that I expected my daughter to be able to talk about home life like any other kid in the class,” he said.

Brendan said the principal told him his daughter would be asked to leave if a parent complained.

“He said to me that he felt they were fooled at the interview,” he said.

“He said to me that 'if we knew you were gay at the interview you would never have got in this school'.

Brendan said he was never asked if he was gay, and did not believe his private life was relevant to his daughter’s education.

“I said to him, ‘what are you going to do when marriage equality is passed in Australia?’; he said that the board would get together and discuss the application process and it would be somewhere on there that gays aren’t welcome,” he said.

Brendan said he felt bullied and decided to withdraw his daughter from Foundation Christian College and enrol her in a public primary school rather than have her live with the risk of being expelled at any time. 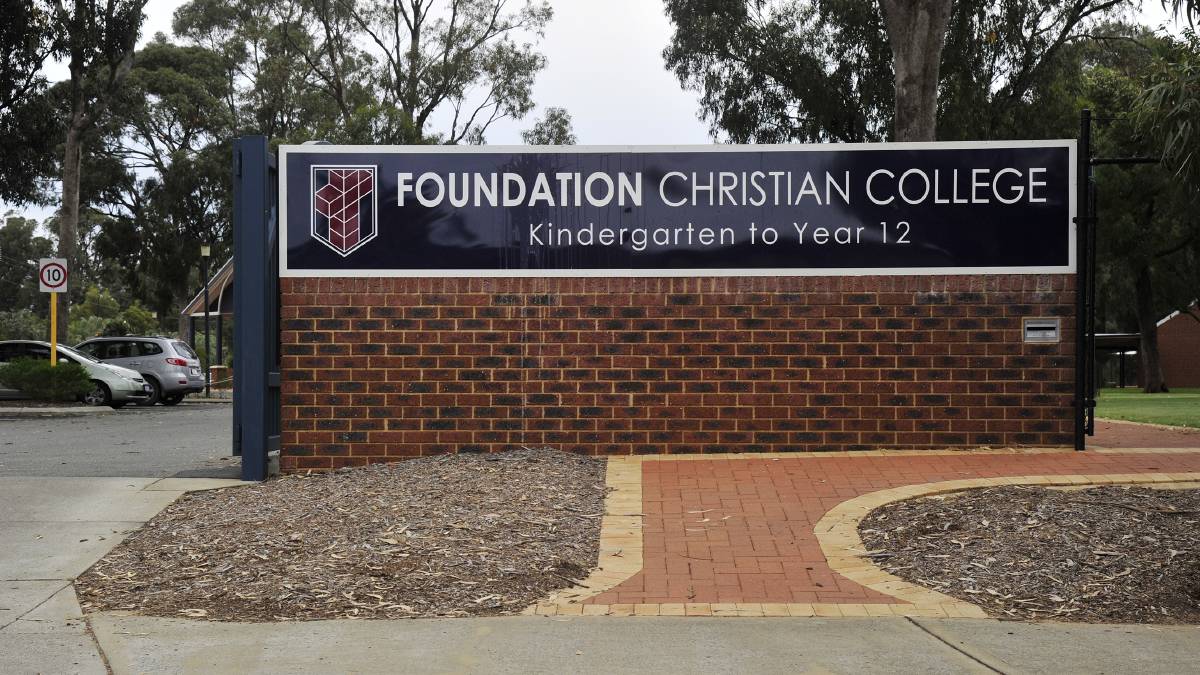 He said his daughter, who had made close friends at the school, was devastated.

“Originally she was really upset; she still gets upset and she sees me get upset so it totally confuses her,” he said.

“Why does my daughter have to go through this and lose her best friends due to the person I am?

“I carry a lot of guilt and I hate that my daughter has to deal with her dad not being accepted.”

Mr Newhouse, a candidate for Family First in the 2013 Federal election, denied the family was driven from the school, but confirmed children of same-sex parents were not welcome and accused Brendan of concealing his sexuality during the interview process.

“When the father submitted his application for enrolment, he did so with his ex-wife as part of the process,” he said in a statement provided to the Mandurah Mail.

“Knowing that the college would not endorse an application from same-sex parents, I find there is not openness from the parent’s point of view.

“The parent signed the conditions of entry agreement with the college stating (amongst other items) ‘We support the principle of Christian education for our child’.

“The [school] board are firm in their view that families have a mother and father who raise children jointly.

“The board also has a strong view that families with same-sex parents do not support a Christian world view.

“Some parents at this college are concerned to hear that a child in year one is talking about their experiences of living with two dads, in place of a mother and father.

“I mentioned to the parent that if his daughter was to continue this topic of discussion with her peers, then it would be in both his and his daughter’s interests to move to a school that would support his world view.”

A spokesperson for Federal Education Minister Simon Birmingham said there were no conditions on funding for the school that would prevent it discriminating against the children of same-sex parents.

State Education Shadow Minister Sue Ellery said it would be disappointing if a school leadership team made a child unwelcome on the basis of their parent’s sexuality.

“I would be disappointed if that school’s values meant that a child couldn’t be open about what her family looks like,” she said.

“Our community is made up of all sorts of families and what a child needs most is to be safe and to be loved and who provides that love doesn’t really matter.”

While WA’s equal opportunity legislation prohibits schools discriminating on the basis of sexuality, there is an exception for educational institutions established for religious purposes.

Brendan said he was disgusted by the conduct of the college.

“You shouldn’t discriminate against me full stop, but my daughter is innocent in all of this,” he said.