Australia still needs to reach out to people hesitant over COVID-19 vaccines despite the country hitting a key milestone, the man tasked with co-ordinating its vaccine rollout says.

More than 80 per cent of Australians aged 16 and over have now had at least one vaccine dose. Every state and territory in Australia has at least two-thirds of eligible residents with some protection from one dose of the vaccine.

More than half a million newly eligible children aged 12 to 15 have had their first dose, almost 45 per cent of the population in that age group.

The new second dose rate is now 57.4 per cent for the 16 and older age group.

COVID-19 taskforce commander Lieutenant-General John Frewen said increased choice and freedoms were a driving factor in the uptick. But he warned experiences overseas showed shifting from 70 to 80 per cent could prove challenging.

"The challenge ahead of us is, and there's still a big challenge, is about people coming forward," he said.

"Increasingly we will start to move into groups of people who have been either hesitant or, for whatever reason, complacent. They're the ones that we really need to work on from here on in."

General Frewen was appointed to kickstart Australia's initially sluggish rollout in June, after more than two decades in the Australian Defence Force. But with logistical challenges ongoing - potentially involving booster shots, rapid antigen tests, and other COVID-19 treatments - he said he would remain for as long as he was required.

"I'm committed to completing the vaccine rollout across all groups and will be here until the job is done," he said. Lieutenant-General John Frewen says he'll be around until the job is done. Picture: Keegan Carroll

Health Minister Greg Hunt said the improved vaccination rates were a "huge national achievement" and a tribute to all the professionals involved in the rollout, including the GPs, pharmacists, and those working in the clinics.

Those aged 70 and over, still recognised as the most vulnerable to severe disease from COVID, are fully vaccinated at 95.4 per cent.

An 80 per cent first dose vaccination rate is an all-but-guarantee that Australia will reach the target for reopening set out in the national plan, agreed to by state and territory leaders at national cabinet.

Despite leadership turmoil in NSW, the state along with the ACT are surging towards 70 per cent fully vaccinated and could reach that target within the next week.

Nearly 94 per cent of ACT residents 16 or over had received one dose, with 67.8 per cent fully-vaccinated. In the 12-15 age range, 72 per cent had received a first dose, the highest in any Australian jurisdiction by some distance.

New tool in the arsenal

It came as the federal government revealed Australians could have access to a new COVID-19 treatment from early next year.

But the government has insisted Molnupiravir will be no substitute for vaccines. The Commonwealth will buy 300,000 courses pending approval by the Therapeutic Goods Administration.

Two other COVID-19 treatments - Remedisvir and Sotrovimab - were already in use by doctors across Australia, but both needed to be administered via an intravenous drip.

The addition of Molnupiravir, which would become the first oral COVID-19 treatment in use in Australia, was significant as intravenous treatments were difficult to transport and administer in remote areas. Australia has relied heavily on lockdowns to slow the spread of COVID-19 as vaccines rates ticked up. But as restrictions ease, additional measures will come to the fore.

"Vaccines and new treatments like this will boost our national plan to safely reopen Australia and keep Australia safely open," he said.

"While our vaccination rate continues to climb, we've been investing in and closely monitoring research into COVID-19 treatments and we are securing supply of promising treatments."

Molnupiravir was taken in a capsule twice-a-day for five days, and was particularly effective in patients with early onset mild-to-moderate symptoms. It did not need to be refrigerated. 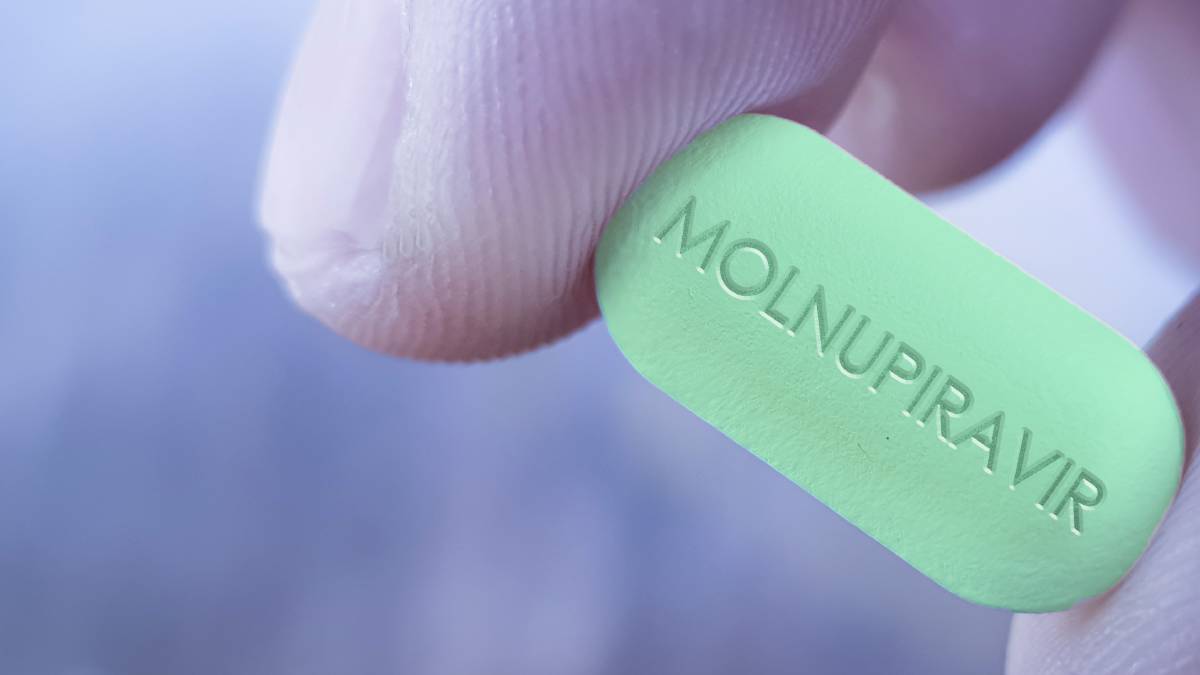 Australians could have access to a new COVID-19 treatment from next year. Picture: Shutterstock

Results suggested it made no impact once a person was already hospitalised with severe symptoms.

Mr Hunt on Friday said he expected the drug to be approved and available by the first quarter of 2022.

"It's then up to the doctors to prescribe according to an individual circumstance. If someone is at risk of their COVID translating to a hospitalisation condition, or one which may be very serious in terms of the illness, then it would be available," he told Studio 10.

Mr Hunt insisted the government would continue to access future treatments as they became available.

We need enthusiasm in areas where there is no COVID at the moment.

Health Department secretary Brendan Murphy on Tuesday described the revelation as an "exciting new development" in Australia's fight against COVID-19. He said Molnupiravir worked by "tricking" the virus into making false copies of itself. "It's an interesting drug, this one ... But it's important that it's given quite early," he said.

Vaccination has skyrocketed in states and territories suffering large Delta outbreaks - NSW, Victoria, and the ACT - but lagged behind in Queensland and WA. And amid concern over hospital capacity as states and territories lifted restrictions, Professor Murphy warned treatments only provided a "second line of defence" complementing the vaccine rollout.

"The single most important thing Australians can do is get vaccinated," he said.

Labor health spokesman Mark Butler said pressures on Australia's hospitals could have been averted. "We wouldn't be in this position around Australia ... if Scott Morrison hadn't stuffed up vaccines," he said.

Our coverage of the health and safety aspects of this outbreak of COVID-19 in the ACT and the lockdown is free for anyone to access. However, we depend on subscription revenue to support our journalism. If you are able, please subscribe here. If you are already a subscriber, thank you for your support. You can also sign up for our newsletters for regular updates.

Our journalists work hard to provide local, up-to-date news to the community. This is how you can continue to access our trusted content:

Please note: All comments made or shown here are bound by the Online Discussion Terms & Conditions.

Please note: All comments made or shown here are bound by the Online Discussion Terms & Conditions.