Oswald "Ossi" Igel is the envy of his sporting friends abroad.

The Mandurah senior track and field athlete is smashing records while much of the world is in lockdown.

Ossi, who hails from the German city of Solingen, quietly set two new Australia records earlier this year - one in super weight throw and one in the heavy weight pentathon.

In super weight throw he beat the best distance by a whopping 53cm with 8.87m and in the heavy weight pentathlon he beat the previous best by 350 points for a record 4682.

But what would normally have made international headlines was largely buried beneath COVID news. 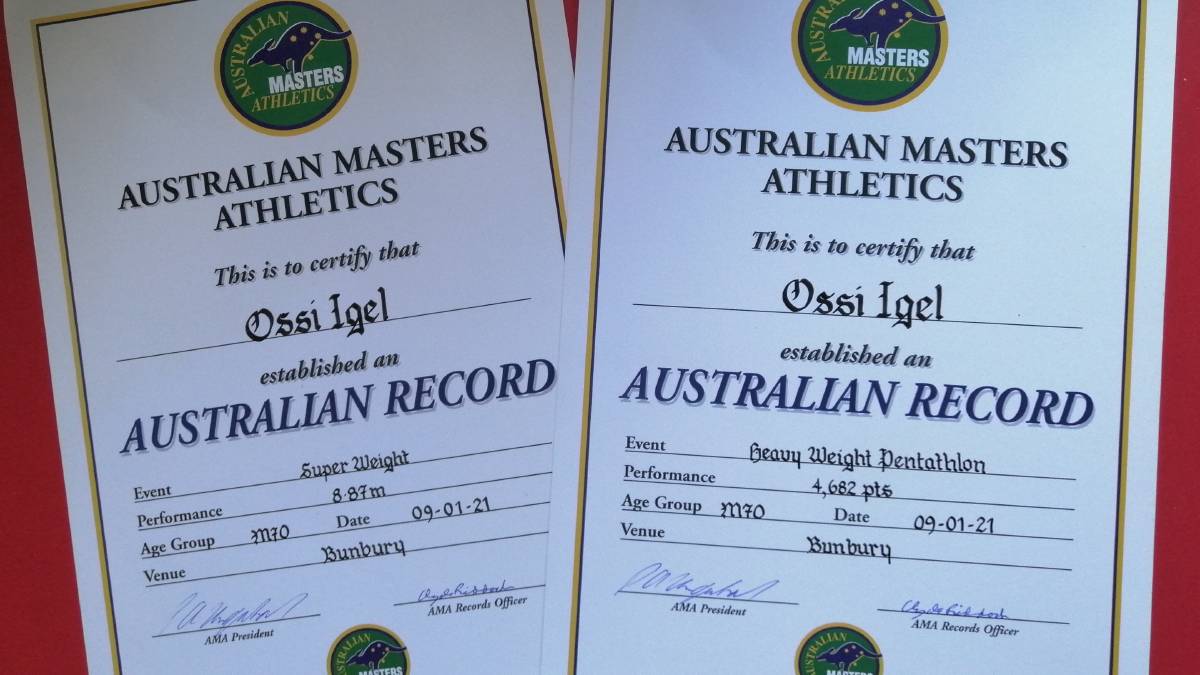 "While competitions around the world have been cancelled or postponed, I am lucky that I've been able to continue to train."

He knew of others who weren't faring so well - locked in apartments with no opportunities to train with others.

"Some of these people are quite depressed because sport is one of the cornerstones of their lives. If you can't do it or if you have to train by yourself rather than meeting with friends you've also lost your social outlet - that's hard."

He encouraged people to keep looking for opportunities to train, if necessary alone and at home but to get out when they could.

"If nothing else, remember it will keep their heart in good condition and give you physical flexibility to stay healthy and enjoy a good life. And get vaccinated as soon as possible...this will be the door opener back to a normal life."

Ossi has learned first hand that putting time into keeping his body and mind active pays off.

He underwent a serious prostate cancer operation at the age of 63 and blew the doctors away with how quickly recovered. 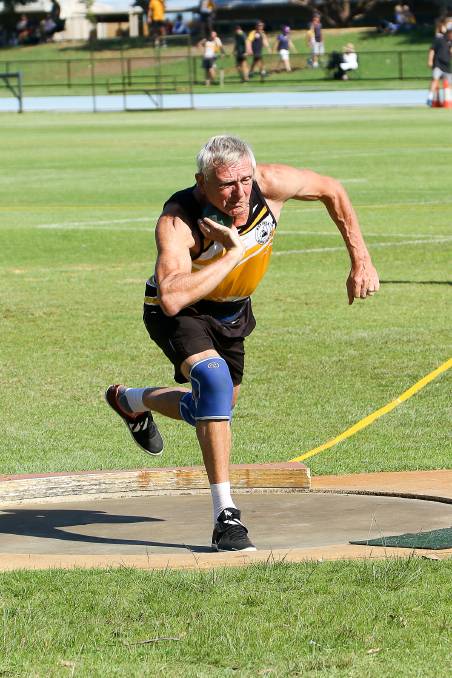 "Most men take several months to get back to their normal functions, in my case it took only about two months. The doctor said despite being in my mid 60s my physical condition was that of someone in their early 40s and that might be due to the sport I played.

"Sometimes people ask whether it makes sense to put all that time into playing sports. Sport helped me get back to normal life quickly."

This year is the first Ossi is competing with 70-75-year-olds and he's already set 12 new WA records in the new category.

He has set a remarkable 38 WA state records in total.

He has also taken out countless golds and places in the Nationals for consecutive years until the 2020 and 2021 competitions were cancelled. A sporting highlight has been "quite unexpectedly" winning the Australia Championships in shot put with 12.25m against very strong competition in 2019.

"I didn't only win the competition, I also won the smiling competition after that - I smiled for two weeks.

"Another highlight was my first participation in international championships, that was unforgettable for me."

To break one or two more Australian records for the 70-75 age group and to get some gold in the international masters championships "once the world goes back to normal".

'My personal happiness is better'

Ossi has played sports since he was 10 years old, competing in athletics in his 20s but taking a break at the age of 30 to take up long distance running including several marathons (3.30hr was his best time).

"That's not bad but compared to the results I've had in other sports, it's not a competitive score," he said.

But he says it's never been about winning for him.

"I enjoy what I do and if I win something, that's great but for me it's more important to improve my personal best," he says. "Winning something is nice but improving my personal happiness is better."

He says long gone are his days of forcing anything in life. 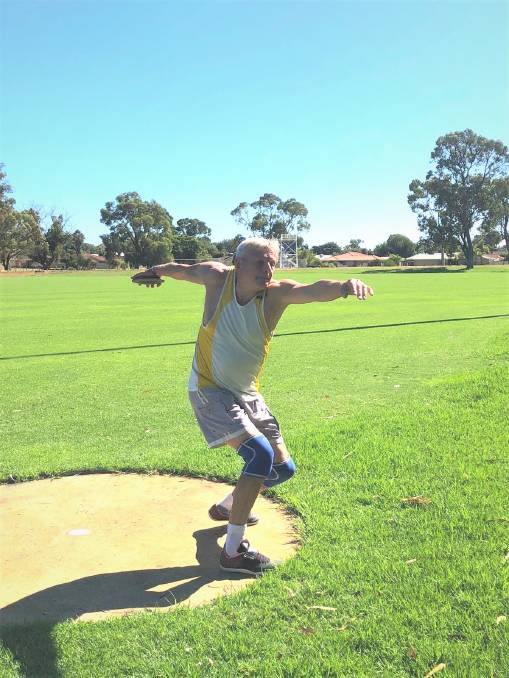 "Since I stopped working 10 years I'm enjoying being off the treadmill of having perform something at a certain time," he says. "It's nice to do what I'm doing by free choice. I like to do as good as I can and enjoy but I'm not forcing anything."

The only thing he is still fighting for these days is his permanent residency. He and Karin originally stayed in Australia on a Business Retirement visa which doesn't exist anymore. While their current bridging visa allows them to stay until their their permanent visa is approved, they can't leave the country in the meantime. Which is tough for doting grandparents with a 10-year-old grandchild on the other side of the world.

Australia was never meant to be a permanent gig for the German couple but they say Mandurah has them in its grips.

"My wife and I wanted to live for a couple of years in a warm and sunny country next to the ocean."

Mandurah fit that bill nicely (with the exception of the last three weeks of heavy rain fall, perhaps).

They decided early on they preferred the west coast over the east for its beautiful sunsets and because it was that bit closer to Asia where he worked as an electro plating consultant for many years until COVID killed travel and with it, his business.

Read also: The sea change that led a professional Scottish footballer to opening a Mandurah academy

"We live 400m away from the ocean, if we do that in Perth the cost of a house would be double," he said. "We looked elsewhere but Bunbury was not charming and Busselton was too much of a tourism town and didn't have enough of its own society."

While his wife doesn't have the same sporting prowess, she has loved travelling the country for competitions, he says. 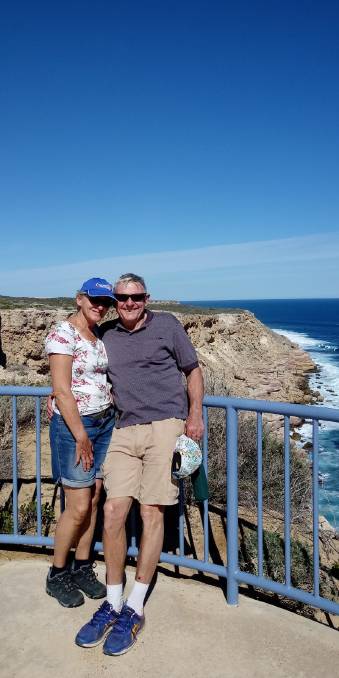 Since Masters championships are generally held at the end of the season they use the time to explore and have a few drinks for the next few days.

"For a while she was critical of my sports because it took up too much time, especially given I was working 10 hours followed by two hours of training, it wasn't that nice for her.

"But now she says, 'Just go out and do some sport otherwise you will get grumpy'."