It's no secret that parenting advice has changed over the years and there's no-one better to contest to that than Ali Hill.

The Mandurah radio announcer and entertainer has had three children - all 10 years apart.

With her youngest Seth off to kindergarten this year and arguably the most intense part of parenting behind her, we wanted to hear her thoughts.

"New mums are treated differently depending on their age.

"At 18 I was frowned down upon by people who didn't know me. At 28 it was the perfect age to have a child in the eyes of society. And then when I was 38 it was in again to be a mature mum who has had a carer first, so I trended there," she laughs.

As a teenager she dreamed of being a singer and a mum.

She was pursuing a career in musical theatre and auditioned for the Western Australian Academy of Performing Arts (WAAPA) at 17 and was devastated when she didn't get in.

Instead she found out she was pregnant and not long after got married and saw the trajectory of her life change.

"The first time round I was so young. When you're young you haven't had time to be jaded by life, I thought it was fabulous and I was full of energy." 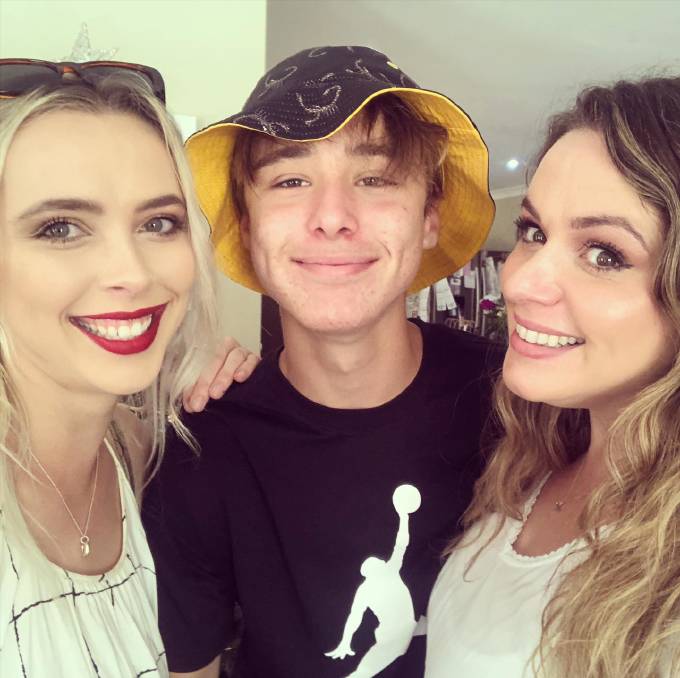 She says all her children came at the right time - including her firstborn, Hannah, now 25.

"You get what you're given, some people plan it. My babies were just a blessing and it was always perfect."

"Hannah has broken the family curse," she jokes.

While some other mums say they would grapple with a sense of lost identity having young children for so many years, Ali says the big gaps means she didn't feel "consumed". 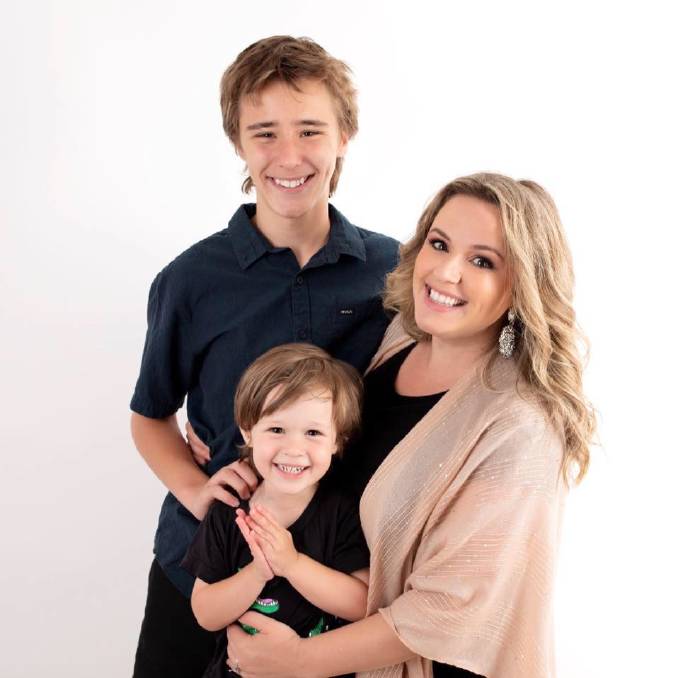 "I've still done things throughout each kid's childhood - in my 20s I dropped out of university because Hannah wasn't coping at daycare and I became a makeup artist, I've always been singing and now I've done 15 years in radio.

"I don't think I would've been able to handle having three children close together.

"The 10 year gaps for me were great because each child got the condensed attention and I always had the help of the older sibling," she says.

The parenting advice 25 years ago was to put your baby on your stomach to sleep. Ten years later nurses urged her to put baby Sam on his side to sleep and another decade later baby Seth was put to sleep on his back.

"I remember my midwife telling me at 18, go with what you think, don't go with what people tell you, and that's been really good advice.

"Another big difference of becoming a mum a couple of decades ago was they didn't push breastfeeding so much at the time."

And of course, one can't speak of how parenting has changed without mentioning social media.

It wasn't a thing when she was pregnant with Hannah, then for baby number two she was inundated.

"I think what stays with you is that advice changes, so follow your gut instinct, do what works for you."

Related: Breakfast radio is child's play for Gunners and Ali

When Ali was growing up her mum opened their house to many children and she was part of a large family. 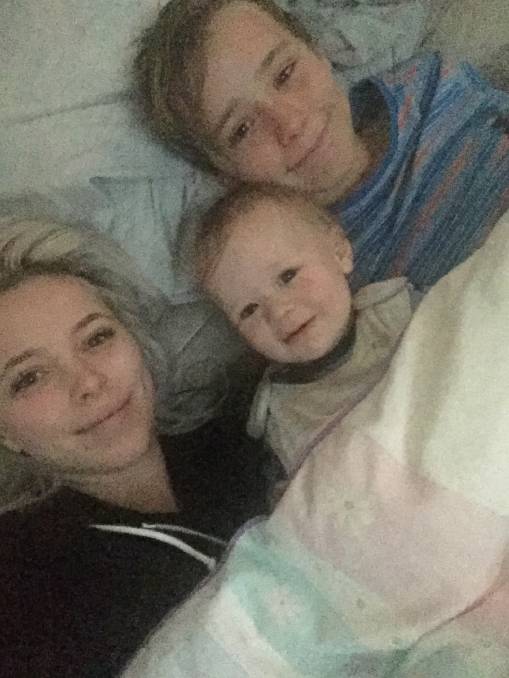 Each a decade apart: Hannah, Seth and Sam.

"My mum is like a Mother Theresa so I learned the skill of mothering from one of the best," she laughs.

All three children have come at "exactly the right time" for her, she says, each one "such a blessing".

With three babies came three different personalities, Hannah from day one strong willed but "the jewel of her crown" (she moved out of home just a year ago), Samuel placid, laid back, gentle and kind (he just got seven As on his school report). 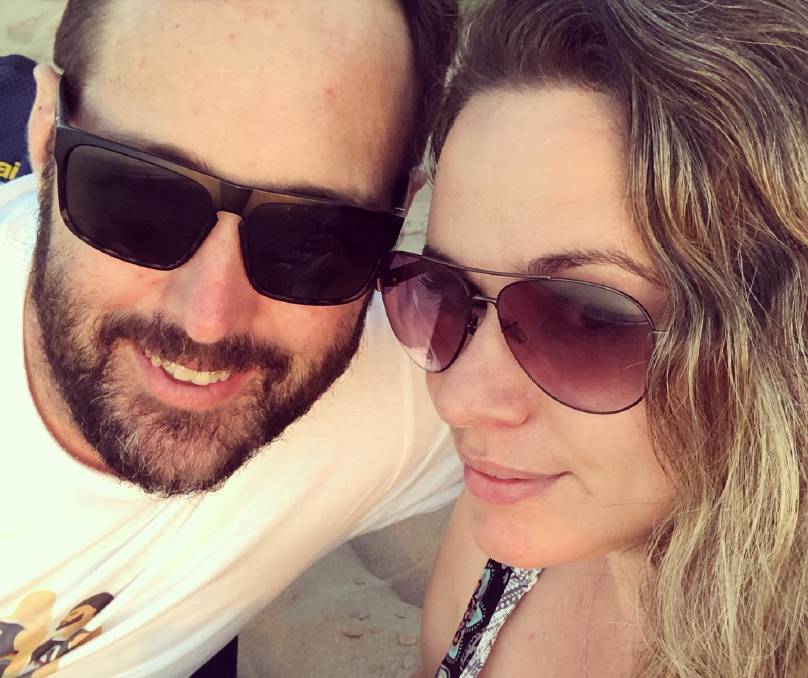 Then Seth came along as the "boom baby" - the shakeup, very witty, cheeky and always the centre of attention.

"I always knew I had another baby in me before he came along," Ali says. "But for a while I didn't think it would happen. I'm a believer that you've got to go where things take you."

She says she has found the last five years "definitely quite challenging".

That's no surprise considering she gets up at 4.30am to go to work so she's ready to be on air for 6am.

On top of that she plays live gigs and hosts community events - but now limits that to one a month.

"One of the good things about Mandurah is that live music is really prevalent - all the venues really keen for live music so I could have a packed schedule.

"But I've learned over that years that balance is very very important as well as saying no and not being so people pleasing," she says.

"That took me until probably my early 30s to learn."

Event cancellations due to COVID mean her schedule has been a bit lighter the past couple of years but that's come with its own trials, including losing $10,000 on hosting jobs and gigs.

"It's impacted me a lot as a performer.

"I love doing all the community events so for me it's such a sad thing to see all of those events including Crab Fest and the Children's Festival cancelled for Mandurah."

What does the future hold for her? It's on the cards to finish a degree "in something to do with literature" in a couple of years. 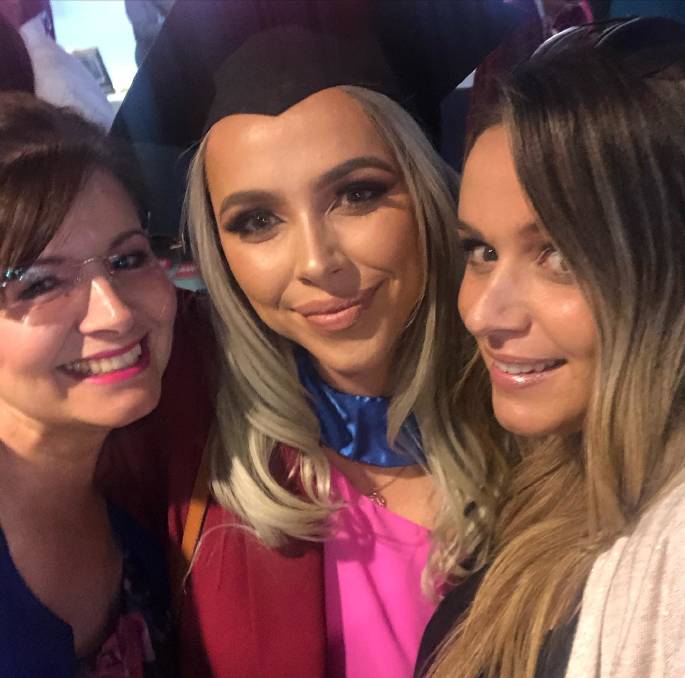 And she can see herself in Margaret River singing at wineries and putting on plays at the local theatre. But she'll leave that for the "autumn years" once the children have finished school - for now she's still loving her job in radio too much.

Work life in the public eye

You can catch Ali on air in her show, Gunners and Ali for Breakfast from 6 am weekdays on 91.7 The Wave. 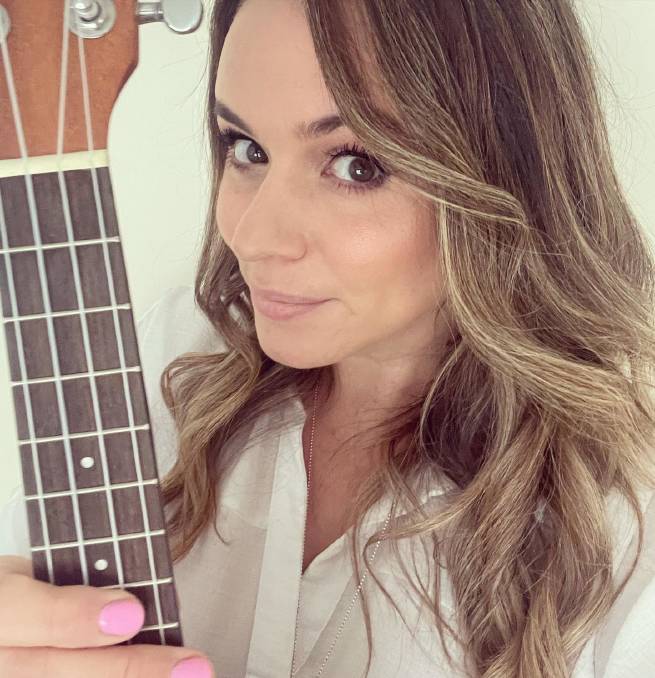 Ali Hill is a well-known face in the local music and entertainment industry.

She also plays all over the south west including Bridgetown Blues & Roots Festival, Mandurah Crab Fest, Pinjarra Festival and Stretch Festival. When she's not on radio, hosting gigs or playing mum, Ali enjoys socialising with friends, watching movies and going down south.

And keep an eye out - Ali will be playing Meryl Streep's character, Donna, in Mamma Mia, which will be put on at Mandurah Performing Arts Centre in May. alihill.com.au