A Mandurah adventurer who stumbles on a family sleeping in a cave, a Pinjarra couple forced into their car after their rental home becomes uninhabitable and a landlord despairing over tenants using methamphetamine.

Rental property struggles is what they all have in common.

In recent months the Mail has covered a wide range of stories centred around the current rental crisis which is gripping the Peel and WA; and it seems there is still no end in sight.

According to recent figures, the number of rental termination applications lodged with the Magistrate's Court has risen from 462 in April to an alarming 1252 as of June 21. There were also 319 termination notices issued to public housing tenants in April and May, though only two have progressed to eviction.

Mandurah mayor Rhys Williams confirmed the council had seen an increase in reported cases of people being evicted and not being able to get into private rentals.

Since the end of the rental moratorium on March 28 which froze rental prices and protected tenants from eviction for the previous 12 months, statistics suggest many landlords are now seizing the chance to sell their rentals as the residential property market booms.

In fact REIWA data shows there were only 2,819 properties for rent in Perth/Peel at the end of last week, which is a whopping 30 per cent lower than a year ago.

Australian Bureau of Statistics data was recently touted by REIWA as a "light at the end of the tunnel" for renters, with a jump of 164% in investor finance in the year to April 2021, however Greens MP Brad Pettitt said the large number of evictions suggested the housing crisis "was going to get worse before it gets better".

"WA has seen a major investment in housing... but a lot of that is going to be out of reach for those needing affordable and public housing," he said, calling for more government investment in social housing.

A Peel couple have been left homeless and forced to sleep in their car after water damage and a tree through their roof has left their rental property unlivable.

Wendy Basell and her husband Paul have been renting a property just east of Pinjarra since April 2020.

But due to the house being deemed uninhabitable by the Shire of Murray, they found themselves staying in temporary accommodation at the Pinjarra Caravan Park. 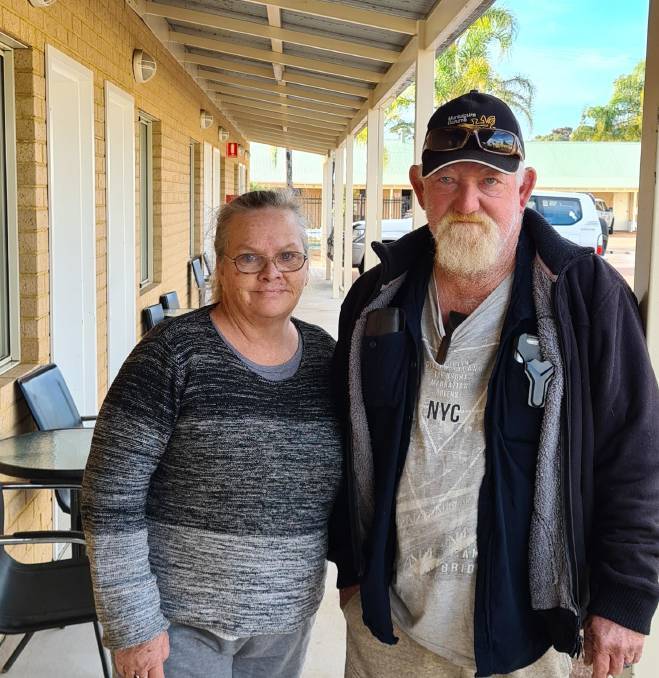 On the street: Wendy and Paul Basell who are now homeless after water and tree damage destroyed their rental property. Photo: Supplied.

"All the trouble started with one drip in the back room," Mrs Basell said. "It's not a drip anymore, it's a waterfall. There's water running into power points. How I didn't get electrocuted I don't know. There were parts of the house we couldn't use because it was dangerous."

But the water leak wasn't the end of the couple's problems. On June 18 a tree was felled during maintenance work at the property and it hit the roof leaving substantial damage. By this point Mrs Basell, who was dealing with the situation by herself as her husband had flown out for work, was at her wit's end.

"I rang the [Shire of Murray] health department and they sent an inspector out. He put a notice on the door saying it's unfit for habitation."

The couple spent two nights at a motel and were then forced to move to the Pinjarra Caravan Park, but as of June 29 they will be sleeping in their car as their money has run out.

Mr Basell, who works FIFO, had just left for a two-week swing when the tree came down on their house and he rushed back after two days as he had to try and sort out their housing situation.

The couple say they have been left in a bad financial situation, having to spend so much money on temporary accommodation.

"We never, ever ask for help from anybody, but we're in dire straights right now. I've never seen my husband cry before, but he broke down yesterday in tears," Mrs Basell said, close to tears herself. "I don't know what to do. I have no money left."

Mr and Mrs Basell said they have good rental references, however, amid the current rental crisis, finding an another home was proving difficult.

"We've been trying for so many houses but there's nothing. We applied for a house in Pinjarra a few days ago and were rejected, but they didn't even ring our references. From tomorrow night we're going to be sleeping in our car," Mrs Basell said.

The couple also have two pets who have had to be re-homed with Mr Basell's daughter who is allergic to them, but they had been left with no other option.

Mandurah resident Steven Hooper was metal detecting in Fremantle when he heard muffled voices coming from below.

Deciding to go have a look he was shocked at what he stumbled upon. A couple and a dog living in a cave, which was decked out with solar lights, a fireplace, bed, lounge room, and garden.

Mr Hooper, who films his adventures for his Youtube channel, documented the experience to show the insane tour he got from the couple. 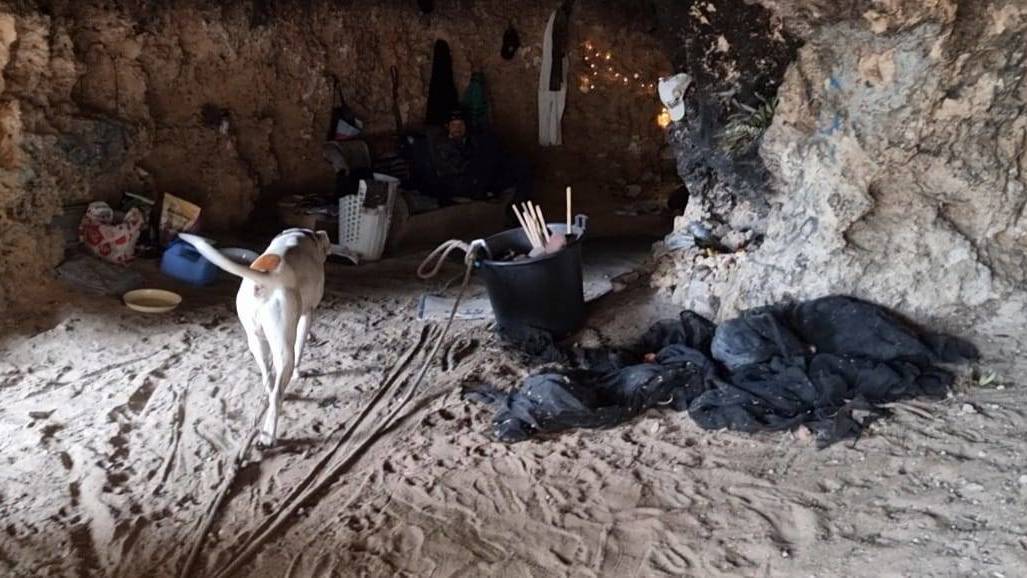 Local Steven Hooper stumbled on a couple living in a decked out cave during one of his adventures. Photo: Supplied.

"As I finished metal detecting I wanted to check to see if there was any caves because it looked like the ground where I normally find caves," Mr Hooper said.

"As soon as I stepped down and walked around the cliff edge I saw a cave. I walked up to it and that's when this couple and their dog greeted me.

"They gave me a tour and showed me a tunnel near their cave."

In the video, the pair can be shown taking Steven to a secret tunnel, which used to be home to a soap factory.

"It's an old soap factory tunnel that went through the limestone to the back of the factory," Mr Hooper said.

"They would wheel or cart stuff through the tunnel as there is wood planks down. It goes all under the streets of Fremantle."

I started re-evaluating all the random stuff I own because those guys were happy with very little.

Mr Hooper said the positive interaction had motivated him to help out the homeless.

"They didn't have much yet they were beyond happy compared to others. It softened my heart," he said.

"The experience has changed me. I started re-evaluating all the random stuff I own because those guys were happy with very little.

"It gave me a reason to try and see if I can start helping the homeless.

"I want to give people struggling something to help and start a GoFundMe. I'm thinking of possibly doing live videos on my Youtube to raise money for a foundation that helps out the local homeless people."

Mr Hooper said anyone who thought badly about the homeless should "spend five minutes" talking to them.

"Get to know them and find out why they are now in this difficult situation because they're not bad people," he said.

"The couple I met were the happiest and most humble people I have met in a long time."

A Dudley Park home owner has had to fork out nearly $10,000 for testing and decontamination on top of a $50,000 repair bill after tenants used methamphetamine at his property.

"I was shocked," said the owner, who can't be named for legal reasons.

"I had no idea this is something that could happen or that it was so common here." 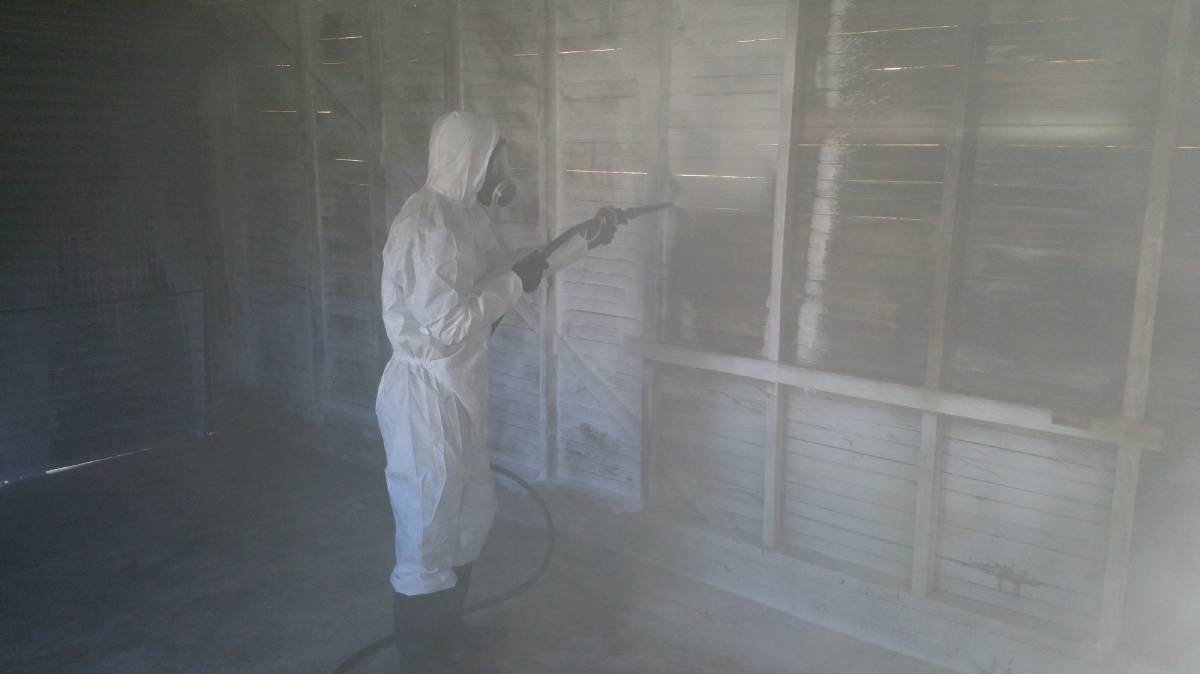 When the property owner decided to put his house in the hands of a real estate agent to rent it out, he was advised by his insurer to take out landlord's insurance to protect his asset, which he did, assuming he would be covered for most eventualities.

"I thought I was doing all the right things," he said.

"There was never any mention of meth use at the property not being covered.

"I thought the clause for malicious damage would cover such things.

"I really feel insurance companies should tell people up front that this isn't covered."

The owner only realised there might be a problem with his house after attending the final inspection in June and smelling a strange chemical odour.

He mentioned it to a friend, an engineer and building inspector in Perth, and was advised to get it tested.

However, according to the owner of a business who tests and decontaminates properties, Tony A'Court, one of the biggest problems with meth is the fact that it normally doesn't leave a smell.

Now I'm out of pocket thousands of dollars and nobody seems to be able to help.

"One of the biggest issues is there are no smells or stains from meth use - that there are is a misconception," Mr A'Court explained.

"You get an itchy feeling like ants biting you or hay fever symptoms.

"People move into a house and they develop hay fever symptoms but don't realise it could actually be caused by meth."

If there is a chemical smell Mr A'Court said it was likely to be a sign of a small-scale production method known as 'shake and bake' where a plastic container such as a milk bottle is filled with ingredients, heated and shaken to make small batches of the drug.

He said this was usually done outside and burn marks in the garden were another sign to look out for.

He said his business dealt with about 15-20 properties on average per month in the Peel region, but the problem was likely to be far wider reaching because meth could be hard to detect.

Mr A'Court also said only about 30 percent of the houses his company worked on were rentals and the rest were mortgagees.

"I would also say to anyone who has their house decontaminated to make sure they get the latest lab results from the company and that the number is 0.5 or lower; and also to get a contractor's clearance certificate.

"This means that if you rent or sell the property and it's found not to be completely clear of meth, it's the cleaning company who are liable, not you."

The owner of the Mandurah property who has been left with the huge clean-up bills, said he was now in a bad situation but hoped others could be spared his dilemma.

"I'm in a terrible position," he said.

"People have this preconceived idea that all landlords are rich. I'm not rich. This was my one way of providing for the future of my young daughter.

"Now I'm out of pocket thousands of dollars and nobody seems to be able to help.

"I just want other people to be aware of the risk and for them not to get caught in my position."