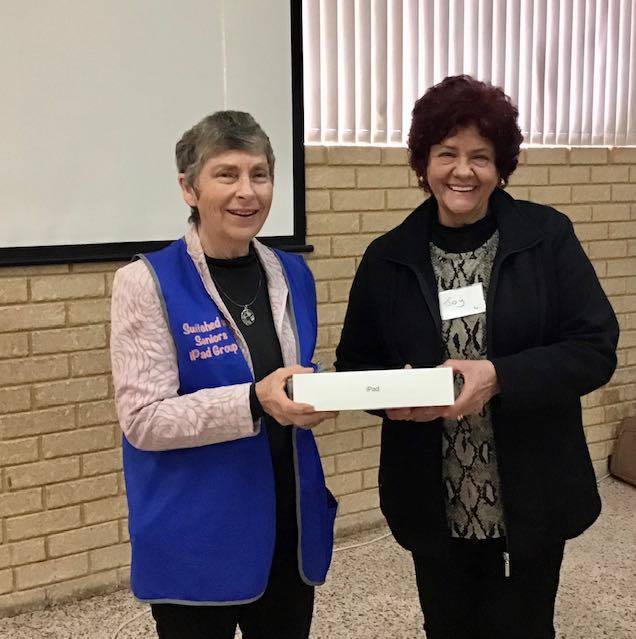 "Once you have 'retired' by your name, people think you know nothing and can do nothing," says Sheena Edwards.

"My experience is that when people retire, it's at the peak of their career, with lots of skills to offer the world."

Ms Edwards has a background in counselling, social work and lecturing at Curtin University which spans across decades.

When she retired, she said she found herself looking for something significant to do - and wanted to challenge the stereotype forced on most retirees.

"All the experience people bring in that area of their lives feels wasted and I think that's really sad. I was looking for something more than going for coffee."

The church Ms Edwards attended had a class teaching computer skills to seniors, but the group struggled to find someone to take over when their teacher was diagnosed with Alzheimer's.

"Tech wasn't my career or what I was doing throughout working life - but I had had the opportunity to use Word, PowerPoint and Excel in my job," Ms Edwards said.

"When I took courses in computer work I felt scared - so scared I wanted to run out of the room. But I went back a second time."

Each time Ms Edwards took a computer course she gained confidence, until finally she had the desire to experiment with the computer herself, and teach herself a few more skills.

"I remember what it felt like not to know. I thought - this is something I can contribute, so I took over the computer class at my church."

Ms Edwards, who lives in Rockingham, was a passionate teacher and felt a great responsibility and kinship with those attending the class - but not long after starting, she noticed the courses were not catered to her demographic.

"All the courses I could find started in the wrong places," she said.

"They assumed too much starting knowledge - so I wrote my own courses."

Many of the students in Ms Edwards' class were people who had lost their partners.

"Their partners were the computer person in the relationship and all of their stuff was tied up in computers and they didn't know how to access it." 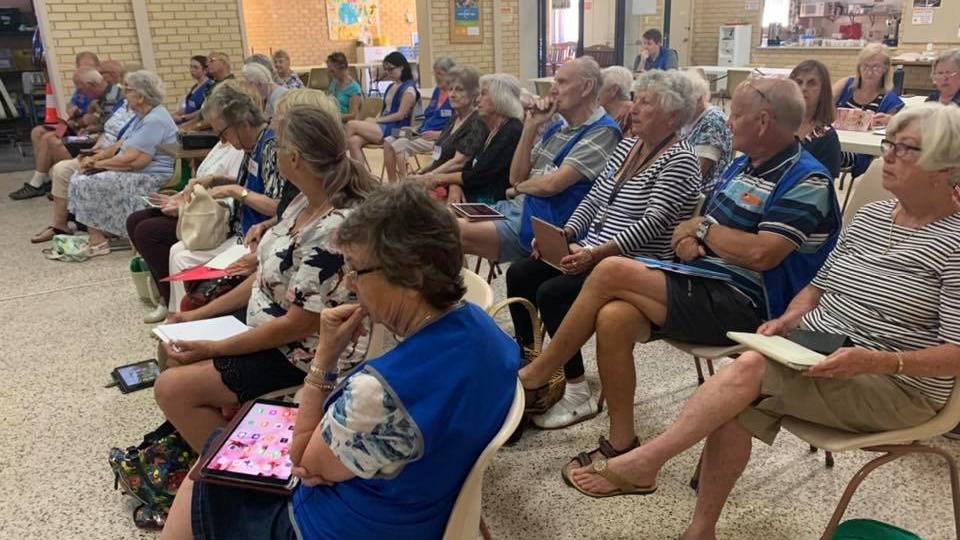 One day, someone said to Sheena "Oh, the iPad is much easier". Photo: Switched on Seniors Facebook.

A woman on a mission

After four years of teaching predominantly computer-based classes, a lady in the group mentioned how much easier the iPad was to navigate.

"Every session she would say 'oh the iPad is so much easier', and when a 92-year-old man came to the group who struggled with the computer, I thought - maybe he needs an iPad?"

Ms Edwards had never used an iPad herself, but in 2012, she set out to win one in a competition, so she could learn to use it.

"To make a long story short, I entered under both mine and my husband's name and would you believe - he won it.

After setting up the iPad, Ms Edwards realised it was not as intuitive as her computer had been.

"I didn't know how to use it - I felt annoyed and frustrated, and my kids weren't in WA at that point, so they couldn't help me. I decided I needed to learn."

A friend of Ms Edwards had had her iPad for about a month. When Ms Edwards suggested a group specifically designed for teaching iPad and tablet skills, her friend agreed to join her.

"We advertised it by word of mouth and flyers, and said BYO iPad. On the day, 12 people turned up and six of them didn't have an iPad.. so that was lesson one." 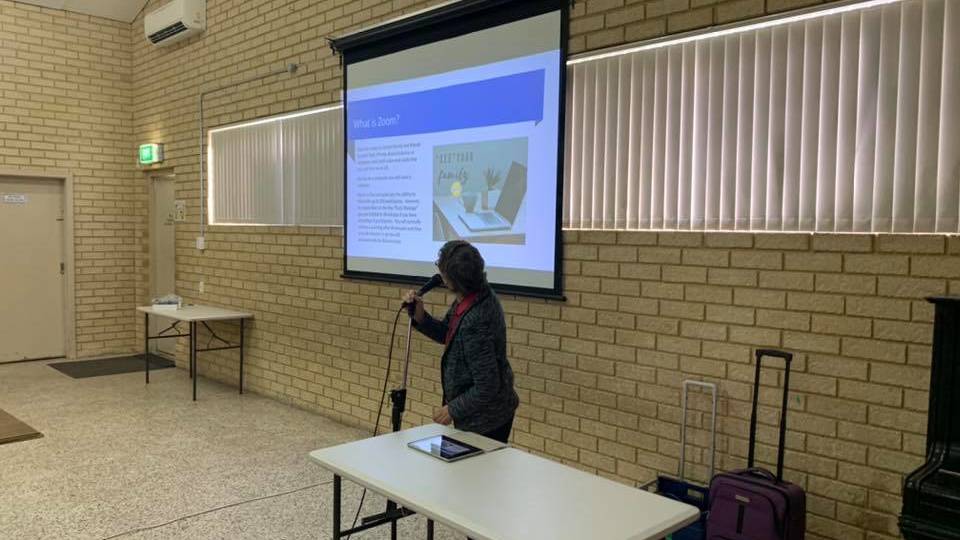 Switched on presentation on the properties of Zoom. Photo: Switched on Seniors Facebook.

'Us seniors are practical'

The second session saw 18 attendees to the class.

"It showed us there was a real need for it," Ms Edwards said.

"To be honest we were hoping someone would attend the class and teach us," she laughed.

As the large numbers continued, with a steady 15-18 attendees with half of them not owning an iPad, Ms Edwards decided it was time to apply for some funding.

"It was made clear that we needed to apply for grants to get some iPads for the group. Us seniors are practical, we don't want to buy something if we can't use it. People need to be able to have a go before they decide to make that purchase."

So Ms Edwards approached the City of Rockingham with a grant application for the equipment.

Us seniors are practical, we don't want to buy something if we can't use it

"I asked for $4000, and the City of Rockingham gave me every cent I asked for. I bought five iPads and a TV to project the lessons onto.

"The equipment lasted for over five years before anything needed replacing." 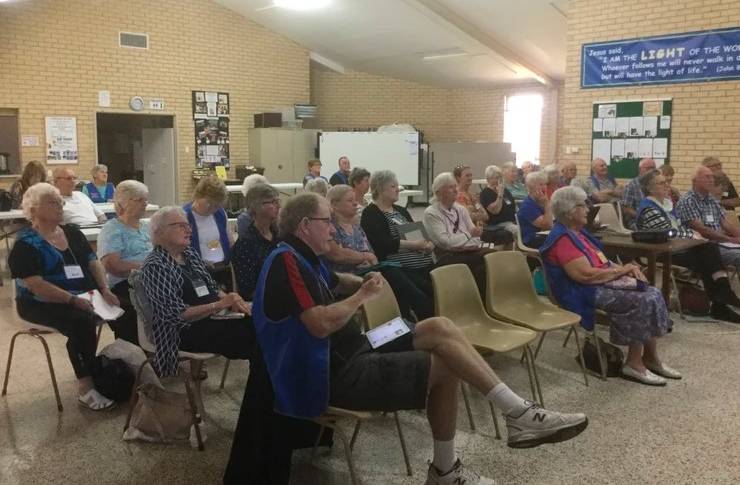 Group members can enjoy morning tea and help each other with new lessons. Photo: Switched on Seniors Facebook.

Ms Edwards would sit up late into the evening reading up on certain iPad features, and would go to class the next day and teach it to the group.

Eventually, she found help in an unexpected place.

"I used to go into the library, and noticed there were school kids every week for half an hour or so. I asked if they would teach me some things, so they would - and I would go home and practise."

Everything Ms Edwards learnt she would take back to the group, including the things she learnt by going to the Apple store for lessons.

"I was learning as a beginner which was ideal for the group - we were all learning together at a manageable pace."

When year three of the classes came around, Ms Edwards decided she needed to have a holiday.

After the person who intended to cover the classes fell ill two weeks before the holiday was set to begin, she found herself in a tricky position.

"I just thought - 'what am I going to do?' The group has taken off and is gaining momentum - so I decided to change the format."

Ms Edwards structured the class to have a short presentation on each topic, which would be presented by a guest while she was away, and then a morning tea, where attendees could sit and eat some treats while helping each other out.

"When I came back, the class told me they had loved that format - so we haven't strayed from that since. We found something that really works.

"We can manage 30-40 people every time now. I really wanted to create a group where seniors could connect."

When reflecting on her own journey through navigating technology, Ms Edwards recalled the feelings which surrounded her own learning journey.

"I had no one to ask - I remember thinking 'who do I ask how to do this?' - so I wanted to create a group where people could ask others, not just me - and we could all encourage each other." 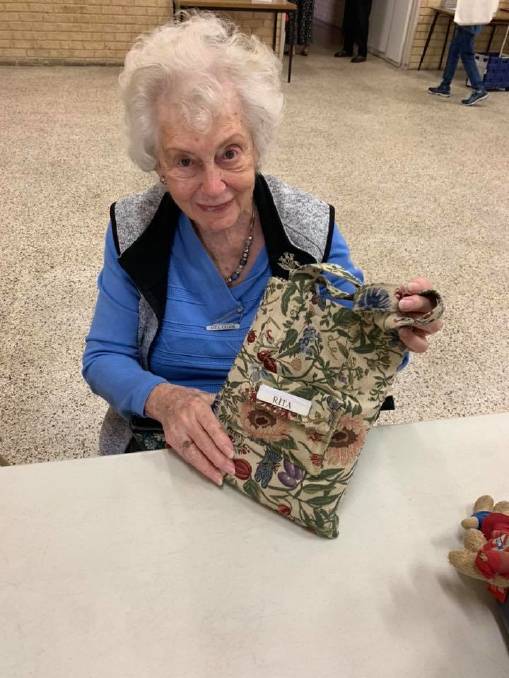 Ms Edwards found a common mentality among the group was a level of despair at the growing technological dependency of younger generations.

"I had a lady in the class who said to me 'my kids don't talk to me anymore, they're always on their phones', and I said well maybe you could join them and talk to them about it."

The lady expressed that her kids used to send her photos, but now the photos are posted to Facebook - and she'd like to learn how to access them.

"She said - my kids do Facebook, I want to learn Facebook - so we set it up and I showed her how to upload her own photos and view theirs," Ms Edwards said. "She was actually able to share with her kids a photo of them as small children that they had never seen before."

Class attendees would tell Ms Edwards they had been able to teach their own kids and grandkids something.

"Everyone gets a kick out of being able to teach their grandkids something new - I had a man say 'can you teach me that again, my grandson doesn't know how to do that?'.

With technology constantly advancing and changing, the classes always remain relevant and important.

"A lot of us have Apple watches now," Ms Edwards said. "They have fall detection - so if you've had a fall, they can alert an emergency contact and emergency services - which is so helpful to people who might be living alone."

Ms Edwards added that digital literacy offered a freedom and level of self esteem which would carry into many areas of a person's life.

"A lot of students of the class go on to be teachers - and their self-esteem in retirement just blossoms. It's important they know they're not written off and they're not disconnected."

Switched on Seniors groups have been able to expand into areas beyond Rockingham, with groups even visiting the Meadow Springs and Erskine retirement villages.

"The Befriend group and Switched on Seniors in Mandurah have formed a group of volunteers who will be running different digital literacy courses in the area."

The Mandurah group will visit the Erskine retirement village and run courses in various locations throughout Mandurah.

To learn more about the emerging Mandurah Group email switchedonseniorsmandurah@gmail.com.au 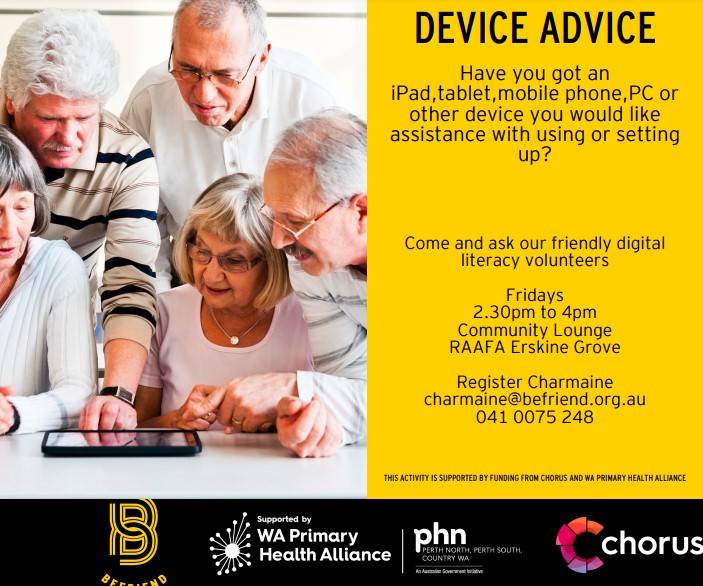