This time last year Lauren and Joshua Davidson had just whittled their entire household down to a few suitcases.

Their NSW house had sold and left them a nice nest egg, they had donated their furniture and all that was left were some clothing and personal belongings.

Joshua had lined up a lucrative job with his company in a senior drill and blasting role in Spain, they had put a deposit on a beautiful Spanish villa and flown to Europe to scope out international schools.

"I had never travelled and I thought this was an amazing opportunity to support his career but do some globe-trotting," Lauren says.

"We had it all mapped out - we would expose our kids to culture, they could learn another language and see the world. It was meant to be perfect."

They were ready to start their expat life in Spain.

We had it all mapped out - we would expose our kids to culture, they could learn another language and see the world. It was meant to be perfect.

No belongings, no home 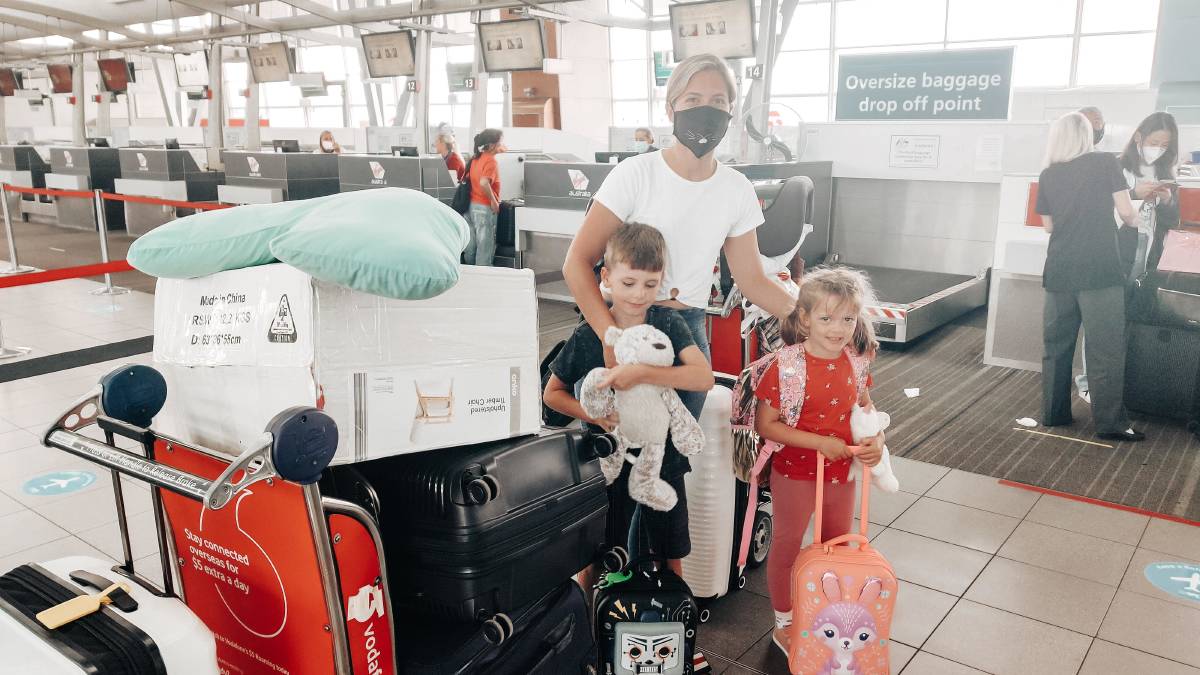 But virtually on the eve of their departure, news of coronavirus emerged. Along with much of the rest of the world, their plans were turned upside down.

Josh was stuck in Egypt and couldn't leave, while Lauren had nowhere to live and moved in with friends.

Meanwhile, Lauren's friendship with her host family was challenged as their families tried to live together, isolate together and homeschool together.

Read also: WA mum shares her life in lockdown with the world

"Two women and kids under the same roof for that long in isolation is not a great idea - it got to the point where I could see it was getting really difficult for them," she said.

No redundancy, no notice

Finally Joshua was allowed home but his mental health plummeted while stuck in quarantine, and four days later he was fired from his job with no redundancy and no notice.

"It's not like we weren't used to being thrown curve balls," Lauren laughs.

When life is up in the air

But this time it wasn't just a matter of adjusting to a new norm. There was no norm and everything was uncertain.

"We had no idea how long this would all go on, we kept thinking it would all be over soon."

Lauren tells me about the few months that followed - hopping between Airbnbs, eating into their savings, searching desperately for work, being refused COVID-support welfare payments.

"The thing we have on our side is we're very much dreamers and we believe everything happens for a reason," she said. "Joshua grew up in a Christian family and while we're not practising now, it gave us that foundation that everything is under control, that everything will work out. We had overcome so many hurdles in the past - we knew we would overcome this one."

REUNITED: Maddoc, 7, Joshua, Ava, 5 and Lauren Davidson are making their home in WA.

'We needed a major Plan B'

It was in this place of desperation that the dream of Western Australia was born.

"We needed a major Plan B," Lauren says.

"We had visited WA a lot but we could never have seen ourselves moving here and so we were anxious about the idea.

"But we knew what we needed to do, that this was going to be best for us."

When Premier Mark McGowan announced WA would open its borders to NSW on December 8, 2020, Joshua booked the first flight he could for that day.

"We didn't have any work and he was going on a whim," Lauren said.

Joshua found work within a week and started making plans for the family to follow. But Lauren's G2G was rejected again and again and they "had to think creatively" to finally get it approved 24 hours before flying.

The thing we have on our side is we're very much dreamers and we believe everything happens for a reason.

When I caught up with Lauren at a Mandurah café, she was the epitome of composure and serenity. 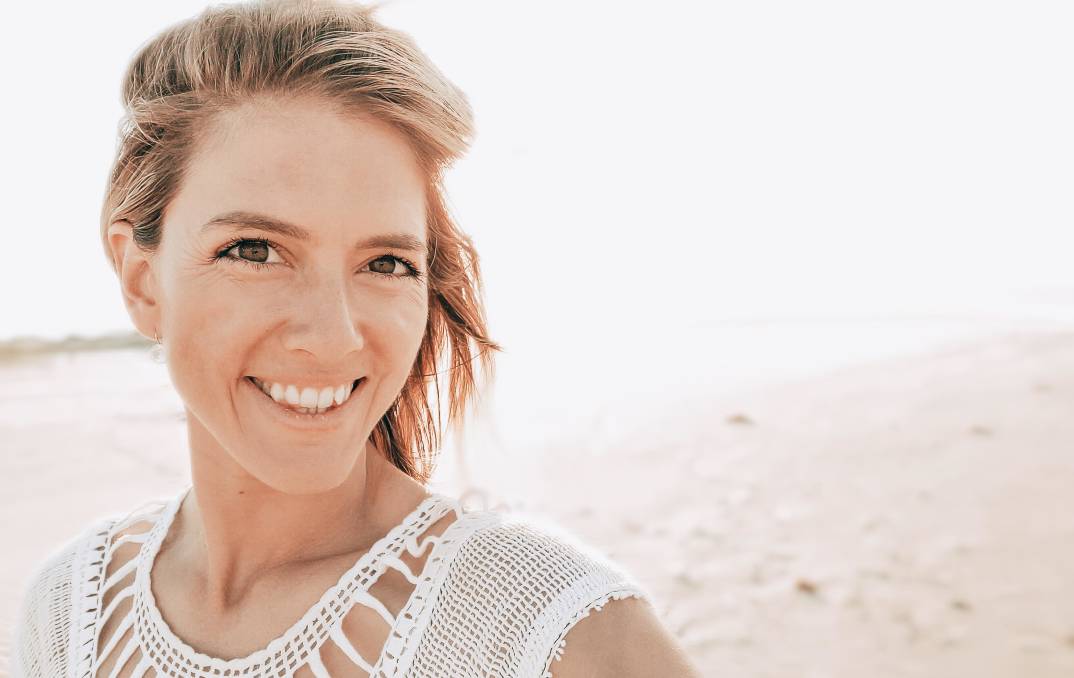 Lauren Davidson says she wants to inspire women to surrender to opportunities and grow from stresses. Photo: Supplied.

It didn't look like she had just survived the year from hell.

"We love it here now, we have settled in beautifully," she said.

Her nerves are calm - a far cry from what they have been.

Hailing from the Hunter region in NSW, a stunning coastal area surrounding metropolitan Newcastle, she says Mandurah is "second to none".

"We have beautiful friends and we love the beaches," she said.

"The kids have settled in so well at school - they are loving Foundation Christian College."

And to think that the alternative could have been endless months of lockdown in Spain, one the world's countries hardest hit by COVID.

A dream has died 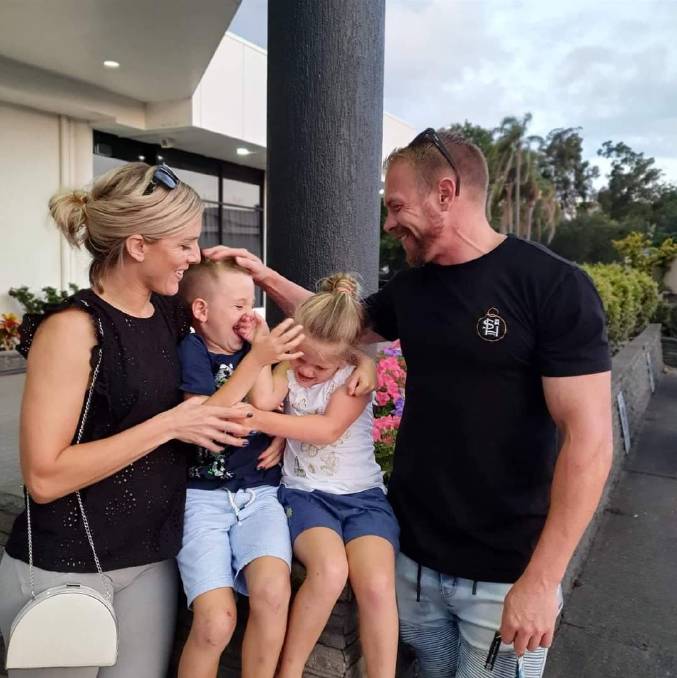 Has the dream of Spain and the expat lifestyle died?

It has for now.

"I'm at the point where I'm ready to close that chapter. We're not stable enough to make these big plans. We were kicking such great goals but we're starting our financial life again, we don't have the nest egg we once had."

But they are blown away at the European feel of the suburb they have settled in - the Port Bouvard estate in Wannanup.

"Is that fate? Good karma? Who knows, for now we see that it's meant to be."

Inspiring and empowering others

What does the future hold for Lauren? For now, she is taking a gap year.

After six years of working in the mines while raising babies, followed by four years of hard work running her own beauty business (her exit strategy from mining), she is ready for a break - to "find" herself again.

And then she dreams of meaningful work to inspire and empower women.

"I've grown a lot through my stresses, " she says. "A lot of women have gone through similar things but many don't have the ability to grow through that. What I would like to do is to inspire mums and women to surrender to these opportunities."