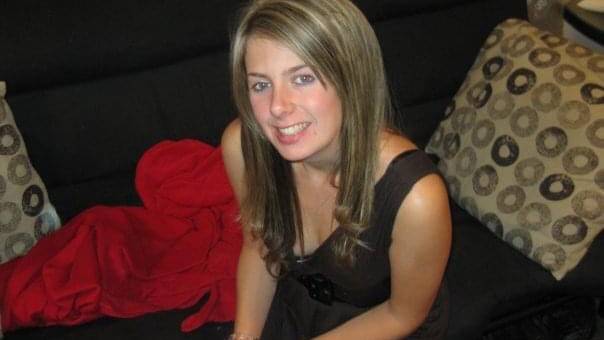 Kelly McCosker agrees to an interview on one condition. I have to watch the show.

I work full time and I have far too many children and hobbies to have time for shows. But I agree.

Mornings are hard for her, she was already struggling with PTSD but is now also fighting stage four gastro-intestinal cancer.

So 'call me in the afternoon' is her final request. (I would prefer to meet with her over a coffee but WA has just come out of lockdown and we're still playing it safe.)

In the meantime I do my homework, I watch the show.

It's called Seduced By Evil and like the title suggests, it's about a sociopath called Derek who wins over and then abuses women.

It's heartbreaking, it's horrific, but it's the type of story I've heard all too many times, both as a journalist and in my social circles.

Kelly draws parallels from the show.

Her 'Derek', who lives in Mandurah, also wears many hats and professes many different occupations.

Once a landscaper, once a circus performer.

She has heard so many lies come out of his mouth, the 38-year-old says.

"I only really lived with him and knew him for a couple of years and so much happened, I could write a book on it.

"It got to the point where I felt if I had stayed any longer, he would have killed me. That really struck some sense into me. There came a point where I realised I would either be killed by him or I was going to do something stupid to myself. I hit rock bottom."

Like the smart but dangerously evil conman in the show, her ex-partner charmed her and then entangled her in a web of lies to deplete her savings, all the while physically abusing her.

"He had all these strategies like deflection, belittling, bullying," Kelly says. "He would always be a few steps ahead where he can manipulate a situation.

"I've studied lying techniques since meeting him, he looks you in the eye, he won't do a single thing to let himself be caught out."

Kelly strikes me as very tired, but as an empowered woman who understands human psychology - a strong woman.

"Oh, I'm not strong," she confesses. "People like him are very dangerous, it's like they hunt out the weak people and what they do is they get you to trust them and open up and share all your weaknesses. And then once they know them, they use them to control you."

She understands human behaviours so well because she has been through years of therapy.

First she suffered a traumatic childhood with an alcoholic father and as an adult she has had her fair share of abusive relationships - but none that compare to what she experienced with the "conman" who lives in central Mandurah.

"He has destroyed me mentally and I have been through a lot in my life. I have gone through so much counselling just to develop enough self esteem to really get back on my feet.

"I still struggle with PTSD - even hearing a song he likes or a picture of him, I start trembling, I just fall apart," she says. Even on the phone I can hear she is doing what she can to stop herself from sobbing.

She has story after story of abuse and manipulation. She is right - it could fill a book, far too many stories for one article. But one article is all I can promise her.

"Maybe it will help one other person to leave a dangerous situation faster?" she suggests. "There are a lot of sociopaths that you wouldn't even realise, that are in high-end jobs."

She tells me how she used to hide in her house, doors locked.

"When I opened the door to let the dog out, he would barge in and threaten to take everything out of the house and he would get me to beg on my knees and force me to have sex with him," she said. "He would push me so low that I did it.

"Once he threw me into the pantry, threw my head into the coffee table, I woke up an hour and a half later and he was outside smoking and laughing on the phone," she said. "I could have been dead and he was laughing."

She says she stopped calling police because it would land her ambulance bills that she couldn't pay. 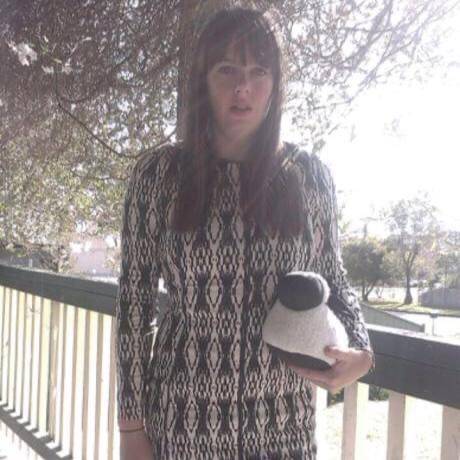 Kelly McCosker says she feels like a shell of who she was. Photo: Supplied.

"I had 10 ambulance bills that I couldn't pay," she says.

"Once I woke him up to see if he had seen my phone and he went absolutely ape, he dragged me out of the house by my face, by my jaw."

The physical abuse in the relationship of barely two years is astounding. But the cover ups are even more so.

"Every time he abused me he would call up the police and say things like, I came at him with a knife," she said. "He would beat me to calling the police.

"When people have reported him, he has made up stories of self defense. He has never had to face any consequences of what he has done. Every time the police took him in, there was not enough evidence and they let him go."

Once he hit Kelly in the face with his elbow and as she was falling she accidentally scratched him down the arm.

"He called the police and made himself out to be the victim even though I had bruises all over myself," she said. "He can literally sell ice to an Eskimo.

"Often I thought I was going mad, because he was telling so many lies but making out like he was telling the truth. I wish I could stop him going out and destroying other people."