The annual February Closing the Gap statement by the prime minister of the day is becoming one of the major Caucasian political festivals, a generally bipartisan affair at which politicians express regret to each other about the general lack of significant progress in Aboriginal advancement, then prepare the ground for much the same regress over the year ahead. The speeches generally acknowledge key deficiencies in the program - not least of top-down decision-making, and a failure to involve Aboriginal people at the community level in planning, delivering and evaluating programs. Accounting for Indigenous disadvantage has become a permanent feature of our political system - with little change. Picture: Shutterstock

They promise that it will be different in future, and there will be consultation between the various groups of people failing to deliver about ways of setting more "realistic - generally less onerous" goals. The very bureaucracy and politicking involved in the process is underlined by the promise of more discussions between prime ministers, premiers and chief ministers at forthcoming meetings of COAG (the council of Australian governments) and consultations and non-binding discussions with representatives of peak groups of Aboriginal organisations. These were, ironically, set up at about the time the process of emasculation and reduction (by Commonwealth officials) of the number of on-the-ground community organisations was completed.

Whole forests which did not burn during bushfire season have been felled for the numerous Closing the Gap reports issued each year - many duplicating each other's efforts. These chronicle various forms of Aboriginal disadvantage. Some show some slight improvement in last year's raw figures, but are gloomy because improvement in non-Aboriginal statistics for the same thing have led to the chasm having actually increased. Others record raw figures going backwards.

A few show some agonising progress, and are seized on as evidence that a program is "on track" to bring the average Aboriginal situation to be much the same as the non-Aboriginal situation. A vast army of economists, statisticians, and bureaucrats, mostly non-Indigenous, are engaged in counting black bums on seats, in jobs or in (or not in) coffins; others are weighing, measuring, and weighting returns, or are rationalising the outcomes. Scott Morrison thinks the matters chosen for the report are too negative, and wants one with more positive news, in part because he is not as despondent about progress as most other observers, particularly those without an axe to grind.

A few years ago, I calculated that government at every level was spending roughly $250,000 a year on every Aboriginal family. This was a sum great enough for every Aboriginal child to attend a top private boarding school, and have the families driving Range Rovers and regularly dining on pheasant under glass. 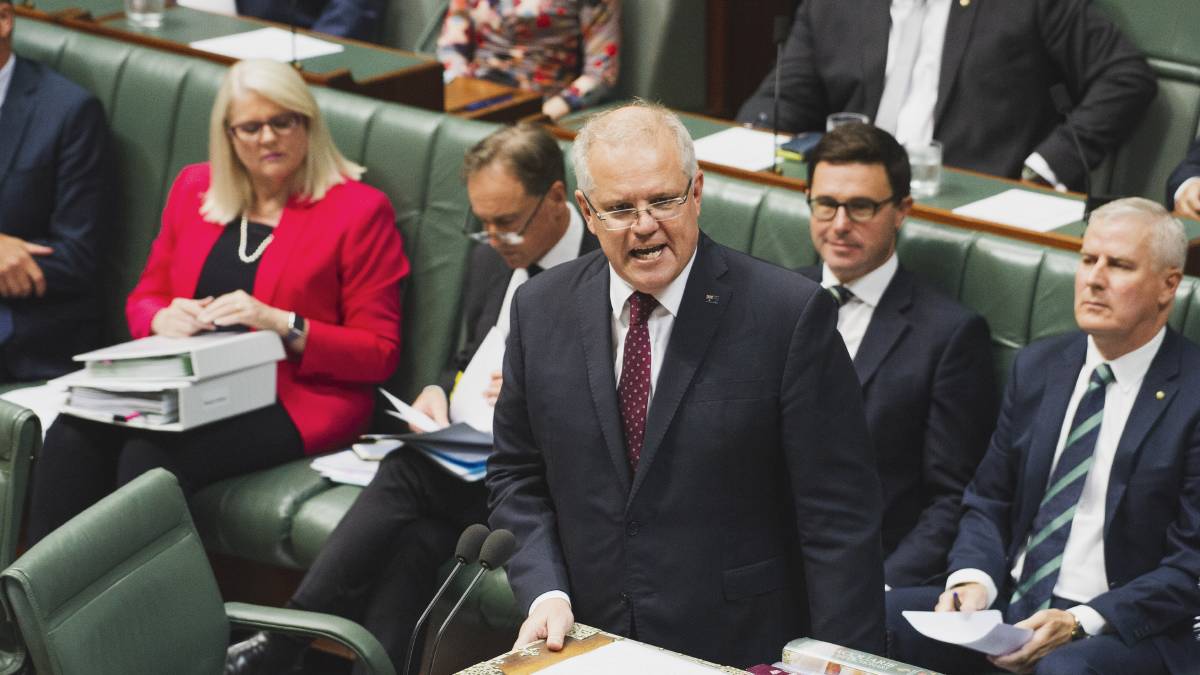 Alas, this spending rarely actually reached the families - on average only about $25,000 a family did. The greater proportion - about 90 per cent, indeed - never reached an Aboriginal community, an Aboriginal organisation or created any sort of multiplier effect in a local economy. It was going to bureaucrats, accountants, economists, statisticians, Canberra-based consultancy firms telling governments just what they wanted to hear, doctors, nurses, lawyers, teachers, cops and grader drivers - as well as to largely white tradesmen, contractors and rent-seekers. It was true that there was an increasing proportion of people of Indigenous background among the provider groups, but most were not of the communities they were there to assist.

The disparity of income between the provider industry and those being "serviced" by it was, of course, relentlessly policed by an army of government welfare officers focused on coercing generally pointless behaviour as a form of dancing for the charity dispensed. Dehumanised schemes regularly struck off (at among the highest rates in Australia) some of the poorest people in the country from one form or another of welfare benefits for failure to meet requirements written in Canberra and bearing no relationship with local conditions. In many communities, particularly the most remote and most disadvantaged communities, the lack of choice, and the lack of personal autonomy, is reinforced by the coerced imposition of the BasicsCard - from which one cannot obtain cash, let alone engage in vicious practices such as smoking or drinking alcohol.

This is, no doubt, the sort of thing that Scott Morrison was thinking of last week in his melancholy litany of why things are so bad. Like most such speeches, it veered between addressing and apologising to Indigenous people, and addressing non-Indigenous Australians with reminders of how we had been so beastly, and had never understood Aboriginal people and what they wanted, at least until he had been blinded by his insights and understanding.

"We all have, in our own way, sought to grapple with the consequences of two-and-a-quarter centuries of Indigenous disempowerment,'' he said. Just what was his own way may be an on-water matter.

Many of the same national Aboriginal voices are the ones that he is consciously ignoring over the Uluru Statement.

"What I know is that to rob a person of their right to take responsibility for themselves; to strip them of responsibility and capability to direct their own futures; to make them dependent - this is to deny them of their liberty, and slowly that person will wither before your eyes.

"That's what we did to our First Nations people - and mostly, we didn't even know we were doing it. We thought we were helping when we replaced independence with welfare.

"This must change. We must restore the right to take responsibility. The right to make decisions. The right to step up. The opportunity to own and create Australians' own futures.

"It must be accompanied by a willingness to push decisions down to the people who are closest to them. Where the problems are, and where the consequences of decisions are experienced.

In a vague sort of way he means it, of course. It's a matter of marketing, if not always of substance. These days, a prime minister must be statesmanlike on matters of national shame (other than climate change action and boat people, of course).

Just as Kevin Rudd - who established the Closing the Gap program, and with objective measures of achievement - meant it when he said similar things. He didn't change anything about Aboriginal government. Indeed, under him it became more coercive and more disempowering.

Likewise with Julia Gillard, whose fellow feeling with the victims and understanding of their plight was self-evident. And with Tony Abbott, who wanted to be the prime minister for Indigenous Australians, even as he slashed budgets designed for narrowing the gaps. And Malcolm Turnbull, as good at breast-beating as any of his predecessors. Or his successor. 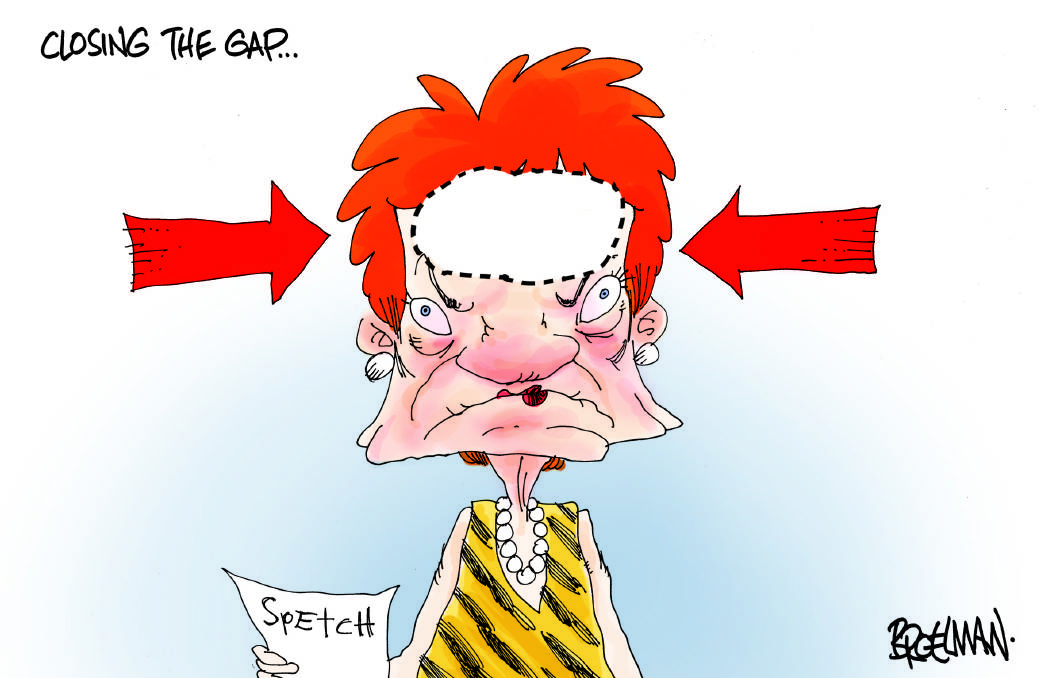 They all understand the problem. They all mean their plans to win Aboriginal people over to enthusiastic adoption of the accumulated wisdom of the white tribes, after it has been translated into umpteen Indigenous languages, engaged and consulted "on the ground" in communities by professional facilitators who have undergone cultural training programs, by methods vouched for by external auditors of that sort of thing, then certified by a task force from the Big Four accountancy firms (the latter being well-known for their expertise and experience in Indigenous matters, but also for their assiduousness in settling, before and after their independent reviews, that the report is exactly what the minister wants, and that it contains "no unpleasant surprises").

It was always thus, and probably always will be. Scott Morrison means to stop it, by golly. He really really means it this time. Just as did all of his predecessors, to no effect. Morrison, or his department under his loyal secretary Phil Gaetjens, will probably establish a task force to make it all happen, in the process co-opting what passes for formal national Indigenous consulters to show his seriousness of intention and his goodwill. That will be handy, down the track, for socialising the blame for further failure.

Many of the same national Aboriginal voices are the ones that he is consciously ignoring over the Uluru Statement, the question of recognising Indigenous folk in the Australian constitution, and the question of an Aboriginal "voice" in our legislative and executive government. He does not buy their recommendations, or the priorities they attach to them.

It is true that his Minister for Indigenous Affairs is trying, patiently, to gather something from the fragments of explicit Coalition rejection; something which can be put to a referendum, perhaps in the form of legislation rather than constitutional change.

On gap-closing, however, it is all about partnership and mutual respect - as well, probably, as convenient amnesia, and yet another round of suspending cynicism in the hope against hope that it is not just marketing palaver.

But it is all now, apparently, about working together. At the federal, state and local government level. With a new piece of paper agreed to last year at COAG. And not just between different agencies of Indigenous affairs, but "whole governments, at every point of contact".

"We're making that commitment real. This is what our Closing the Gap refresh is about. It's what all governments agreed to at COAG a little over a year ago.

"It's what Aborigines and Torres Strait Islander people have been saying for a long time. They want a partnership where we listen, work together, and decide together how future policies are developed - especially at a regional and local level. A partnership that respects their expertise and acknowledges their place as the First Nations people of this continent."

Heavens, why has no one had these blinding insights before?