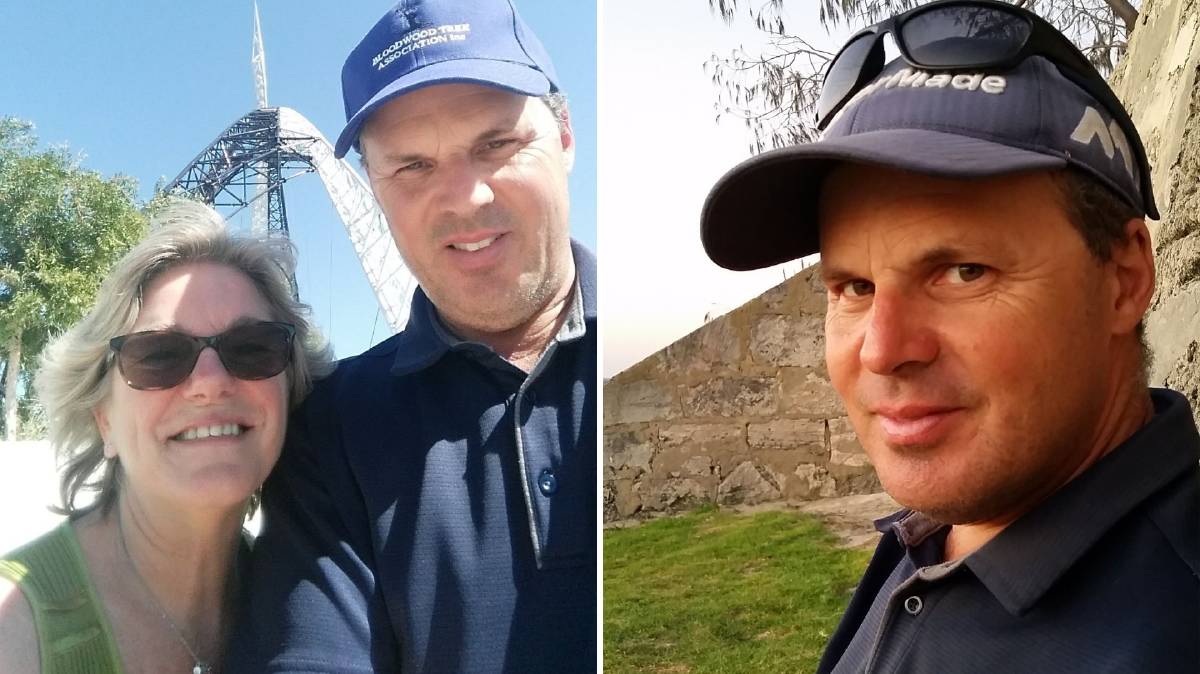 In an exclusive report, the Mandurah Mail can reveal Brett Turton, who was jailed for fraud in Melbourne after scamming at least 10 Victorian women between 2002 and 2005, is back to his old tricks.

Dubbed the "Catch Me If You Can" scammer by the Melbourne press because of the similarities between his crimes and those of Leonardo DiCaprio's character Frank Abagnale in the 2002 Hollywood film of the same name, Turton was convicted in 2005 of 35 charges of obtaining property or financial advantage by deception.

Read more on the series:

WA Police have been trying to locate Turton, formerly a forklift operator, after two women claimed he stole jewellery from one to give to the other. At that stage, he was using the alias 'Brad Collins' and spoke with an American accent.

In May, when Turton was living at his latest victim's home, a WA Police spokesman told the Mail the investigation was ongoing because his whereabouts were unknown.

"Police have been unable to locate or speak to the man believed to be involved," the spokesman said.

The Mail has now spoken to 10 Perth and Mandurah women who say they have been scammed out of money.

The latest victim is Bayswater resident Carol Marshall, 64, who said she met Turton on Australia Day this year. But he claimed to be Canadian senior geologist Simon Brenton.

We watched Catch Me if You Can together. He loved it. He said, 'It's amazing isn't it'.

Carol said she had been taking photos of the kangaroo statues in Stirling Gardens with her 82-year-old mother when Turton initiated a conversation.

"He said 'is that how big kangaroos are?' Hearing his accent, he obviously wasn't from here and hadn't been in Australia for long'," she said.

Turton told Carol he worked for the prestigious diamond company De Beers, and had stopped in to Perth on his way home to Vancouver.

The pair hit it off and went to dinner at the Stirling Arms in Guildford that evening. It was then that Turton asked Carol what she was doing over the next two months.

"He invited me to Canada with him," she said. "A business-class trip, all expenses paid. He said I'd only have to pay for food.

I absolutely trusted him. What I realise now is he made the most of his strengths and my weaknesses.

"I am adventurous and I love spontaneity, but it was a bit quick! But I'm retired and had nothing to lose. He gave me a kiss and I invited him to stay the night and he did."

Turton told Carol the next morning that he had cancelled his flight home to Canada. He ended up living with her for the next five months, until June 19.

In the first two weeks, Turton told Carol he was falling in love with her and he started planning future holidays for the pair.

"I joked 'you're planning so much ahead for us, like we're an item'," she said.

She said Turton claimed to work in Johannesburg, where he earned the equivalent of $2 million a year.

He's notorious - I want to be in court when he gets sentenced.

Meanwhile, she spent $2340 in dog-sitting fees ahead of two holidays to Vancouver, neither of which eventuated.

"All up it was about $7000 for the food and incidentals of him living at my house for so long," she said.

"He really was easy," she said. "He wanted to get up and make me breakfast every morning in bed. He'd bring me a cup of tea. He couldn't do enough."

The pair communicated via email throughout the relationship, which Carol thought was strange. But she didn't question it.

Carol said Turton told her he owned a holiday home in Lake Louise in the Canadian Rockies, which he built himself, and a $2.2 million Caribbean holiday home.

She said she accepted a part-time job as a property manager of the Caribbean home, which never eventuated.

He said he lived in Vancouver on the 16th floor of a city apartment with a view of the harbour.

They planned three trips together to Europe, Bali and Vancouver. Carol said Turton took money from her for the trips, including insurance and travel cards.

She said Turton also claimed to have gone on a trip to examine the 'biggest diamond ever', which was found in a De Beers Ekati mine in Canada. He was only gone three days, claiming he had flown on a private jet.

"He described it as the size of an Australian football," she said.

"I kept saying to him 'this is absolutely surreal, everything you're telling me.

"But I believed it. He was so believable and his story was so involved and so convoluted.

"I couldn't believe the amount of detail he went into. That's why I believed it. He didn't flinch."

Carol said Turton invited her to an event in Vancouver to unveil the 'biggest diamond in the world', where she would fly in a private jet and wear a $17,000 Dior dress paid for by his company.

"I just thought I can't believe how my life has suddenly gone from nothing to this," she said.

"They sent a copy of the guest list and underneath my name was Ricky Martin. I couldn't believe it."

"And he said, 'well you did say you've got a bad memory'.

"I emailed him for help when my travel card had been used. He said, 'leave it with me, I'll sort it out. There must have been a skimming device'.

"I absolutely trusted him. What I realise now is he made the most of his strengths and my weaknesses.

"He's used the fact that I'm naive and trusting. I'm an innocent really, and have never come across someone who has swindled me. I trust everybody.

"He also used the fact that I'm forgetful. I told him that I put things down and I don't remember where I put them. He took advantage of my age and that I am not technically savvy."

Carol said Turton gave her, her mother and her neighbours fake diamonds. She said she also paid $185 for a pair of fake diamond earrings that Turton said he got at cost price from his company.

Carol said her mother paid Turton $105 for a new phone. She never received the phone.

Carol said her best friend had a funny feeling about Turton.

"My best friend, who'd met him, rang me and said, 'Carol I just feel sick, I have to tell you, I have a bad feeling about Simon'," she said.

"'I don't think he's the real deal and I just hope that you're careful. There's something just not right about him'.

"I said, 'You don't have to worry. I can handle myself, I would trust him with my life. He's the real deal. He's absolutely genuine, do not worry'."

"He was fascinated with it," she said.

"We watched 'Catch Me if You Can' together. We both said, 'can you believe this guy? Isn't he amazing. The balls of that guy, that he can do what he did'.

Carol said Turton paid for very little during their relationship and he said she would be reimbursed by his company.

"He ate me out of house and home," she said.

"He said they would reimburse me for the dog sitting fees, food and fuel."

Turton also told Carol his daughter was a physiotherapist at Manchester City Football Club and his son was a chef on a Norwegian shipping line.

But the lies built up and when the pair did not leave for a trip the second time, Carol told Turton she could not continue with the relationship.

Carol said she was now suspicious of people.

"Some people could have lost a lot more money than me and some people can't handle the shame, or loss of money, and could even take their own life as a result of it - and people do," she said.

Carol said she reported Turton to an officer at Kiara Police Station, who told her Turton's licence had expired in 2015.

"So he'd been driving my car the whole time without a licence," she said.

Carol said she wanted justice for herself and the other victims.

"He's notorious," she said. "I want to see him behind bars. I want to be in court when he gets sentenced."

Anyone who can assist is asked to call Crime Stoppers on 1800 333 000 or make a report online at www.crimestopperswa.com.au.