Home to natural environments of international importance, including the 26,530 hectare Ramsar-listed Peel-Yalgorup wetland system, the Peel region's waterways are a major tourist attraction.

However, assessments have revealed, of almost 4000 kilometres of waterways throughout the Swan Coastal Plain, only about 1 per cent is in "pristine condition".

It is not the first time the local waterways have been declared unhealthy after a long history of battling environmental changes and man-made modifications.

In an effort to uncover why local waterways are not in the condition they should be, over the coming weeks the Mandurah Mail will be interviewingenvironmental experts to gauge the health of local rivers and report on the research being conducted and initiatives in place to help restore them.

To start the series, we have spoken to leaders from the Peel-Harvey Catchment Council (PHCC), who have sounded grave concerns about the condition of Mandurah's waterways.

The not-for-profit, community based organisation work with landholders, governments and community groups to protect and revitalise the environment in the Peel-Harvey catchment, stretching from the Peel to parts of the Perth Metropolitan and Wheatbelt regions, using natural resource management.

A past ecological break down of the Peel-Harvey Estuarine system has demanded a continued emphasis on water quality issues from the PHCC.

In the 1980s, the estuary was better known for being "green and smelly" resulting in the "system collapse".

Mounting pressure from the public to repair the estuary prompted a $60 million investment into the construction of the Dawesville Cut to engineer a solution to the issue.

While the Cut achieved what it set out to, the health of the three rivers that flow into the estuary - the Murray, Serpentine and Harvey, continue to decline. 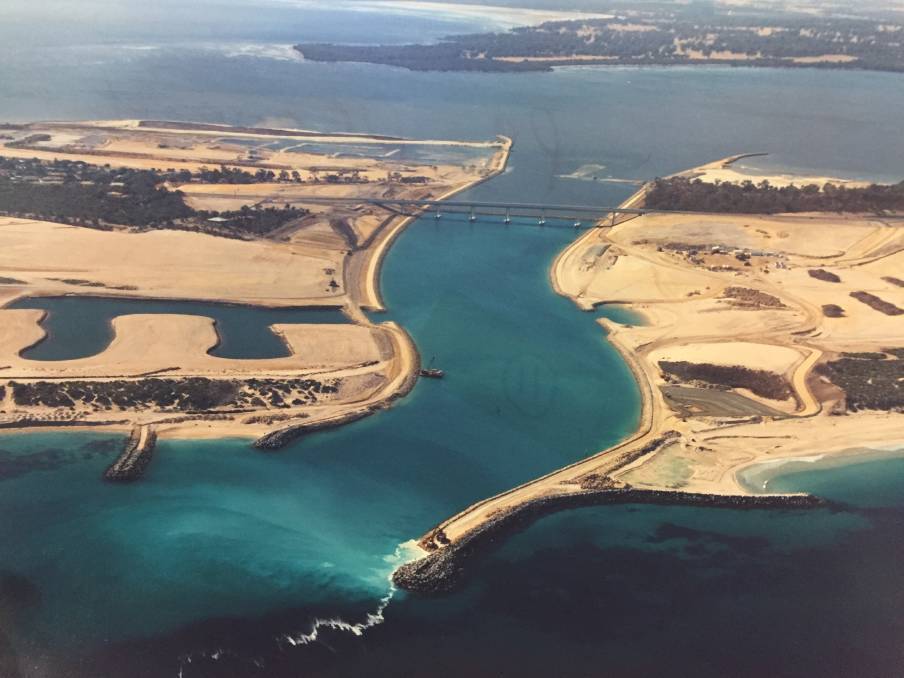 An image from the Mandurah Mail photo archives during construction of the Port Bouvard bridge over the Dawesville Cut, constructed to alleviate an ecological collapse in the estuary.

PHCC chief executive Jane O'Malley said extensive research had been done on the health of estuary and rivers, which shows that they "are in a very bad way".

Ms O'Malley said extensive clearing of vegetation for agricultural and urban development in the catchment many years ago had a direct negative impact on the health of the rivers.

She added that the creation of an artificial drainage network and de-snagging had also resulted in "severe deterioration of water quality, decline in water flows and aquatic biodiversity".

"Research is fine-tuning our knowledge," she said.

"We know that pulling trees from out of the rivers doesn't help to keep our rivers healthy.

"We need snags for shade, refuge and protection, particularly for juvenile native fish.

"Lowlands Nature Reserve is part of the 1 per cent that is healthy - the reason it wasn't cleared is because the landowners wouldn't comply with government requirements.

"The only reason we have got this jewel in the crown left is because landholders defied what they were told to do and didn't clear the land and de-snag the river."

We've not been kind in how we've managed our rivers in this patch and I guess we've just become de-sensitised as a community about our rivers being closed for swimming, or taking shellfish for eating.

PHCC science and waterways program manager Dr Steve Fisher added that re-engineering of the river's form and the construction of dams had also had dire consequences for the waterways.

"Our coastal plain has been really heavily modified to change the flow of where water would've gone prior to European settlement to now where we have a whole bunch of drainage channels," he said.

"By treating the rivers like drains they have lost, not completely, but they have lost that function that they had before to provide habitat for fish and strip nutrients out of the water and slow the water down.

"The other thing that has really effected the health of the rivers is the reduction in flow they experience now.

"The Serpentine and the Harvey (rivers) have been heavily modified by being dammed so the amount of flow isn't what it used to be and we also have significantly reduced rainfall, which adds to the reduction in flow."

Dr Fisher said, as a result of the modifications to the rivers, natural cleaning to remove contaminants including nitrogen and phosphorous, no longer occurred efficiently.

"They would've previously been stripped out of the waterways through the natural flow of the river and the types of vegetation there was around the river," he said.

"Because we've had extensive clearing, together with the manufactured drains, the system has lost the ability to filter those nutrients out.

"As a result, our streams, waterways and rivers have really high concentrations of nutrients which all end up flowing into the estuary.

"Nutrient concentrations as a threat doesn't really mean a lot to people but what does it mean if you have high concentrations of nitrogen phosphorous? You get algal blooms.

"What we need to do is reduce the amount of nutrients flowing from the rivers into the estuary by about half so the type of work the PHCC and other groups are doing is aimed at trying to get those nutrient reductions."

The high concentrations of such nutrients have had dire consequences for local marine life. Bream in the Murray River have not been able to reach adulthood for the last eight years.

"We've not been kind in how we've managed our rivers in this patch and I guess we've just become de-sensitised as a community about our rivers being closed for swimming, or taking shellfish for eating," she said.

"We need a better and larger scale approach if we really want to bring our rivers back to good health, including better planning decisions that put the health of our waterways at the forefront.

"There is a lot of great research being done and great work happening on-ground, but much more is needed."

In an effort to continue the hard work and research to improve the health of the local rivers, the PHCC have launched a number of initiatives.

These include a Rivercare Program which involves River Action Plans and health assessments, traditional restoration works and improving fish habitat.