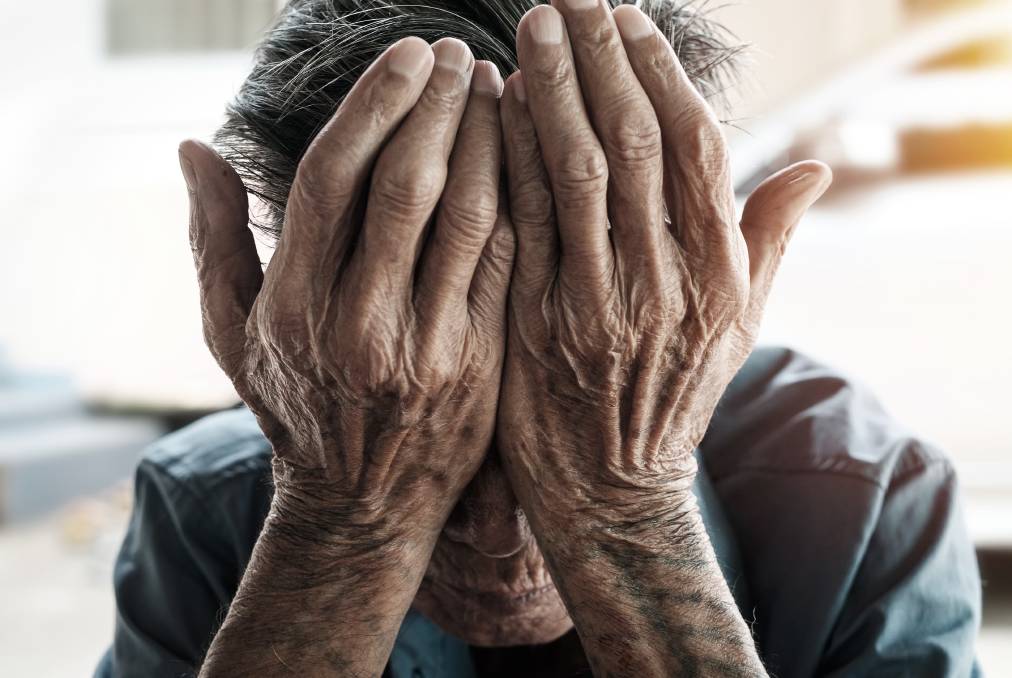 They are the most vulnerable people in our community, being exploited behind closed doors physically, emotionally and financially, by an issue that has "crept under the radar" for too long.

This week, the Mandurah Mail tackles the issue of elder abuse by speaking with service providers, police and community leaders to shine a light on this hidden and shameful issue.

According to Relationships Australia, elder abuse is most commonly committed by a family member of the victim and can take on many forms including financial, psychological, physical, sexual, social and neglect.

I don't think people believe it even happens.

The issue will take the spotlight next week, for World Elder Abuse Awareness Day on Saturday, June 15.

Media reports exposing the shocking systematic abuse in some residential facilities and nursing homes across Australia prompted the announcement of a Royal Commission last September.

The Peel region has benefited as a result, as the federal government pledged $18 million over four years to fund a free Peel Relationships Australia elder abuse service, along with 12 other trials across Australia.

On top of this, Peel residents have access to Advocare's free elder abuse helpline. Advocare are an independent, community-based organisation that supports and protects the rights of older people in Western Australia. Chief executive Diedre Timms said the "terribly sad and complex" issue is under-reported, with the organisation helping only "the tip of the iceberg".

The World Health Organisation estimates 15.7 per cent of of people 60 years or over may have experienced elder abuse, which equates to more than 75,000 Western Australians.

But Ms Timms said the state organisation did not receive anywhere near this amount of calls.

"Most people are so reluctant to report or phone and talk about it," she said.

Instances of elder abuse are perhaps more prevalent (in Peel) than elsewhere.

"Older people usually feel ashamed their family members are doing this to them. They want the abuse to stop, but they don't want to get them into trouble."

Ms Timms said elderly residents can become reliant on others and can be taken advantage of financially.

"I don't think perpetrators even believe they are committing crimes because they see these assets as their right," she said.

"It is sometimes referred to as 'inheritance impatience'.

"They think, 'well I am going to get the house eventually, so I might as well have it now', which is of course not right.

"Or, it could be something as basic as shopping. The child takes the victim's card and has the pin. They do the shopping, but they help themselves to some money.

Ms Timms said the issue of elder abuse was not understood "at all".

As a society we have an obligation to care for those who can't care for themselves anymore.

"I don't think people believe it even happens," she said.

"I think we should be ashamed this is happening in our society. This abuse of elder people must stop."

The new elder abuse program, run by Relationships Australia in Mandurah, promises to help reduce the incidence and severity of elder abuse in Peel.

The service helps seniors make informed decisions on a range of ageing-related issues and offers free one-on-one counselling and mediation for victims and their families.

This is something that has sort of crept under the radar.

"In Mandurah, nearly 23 per cent of the population is over 65, whereas across WA that number is 14 per cent," he said.

"Instances of elder abuse are perhaps more prevalent than elsewhere."

While advertising the new service, Mr Robinson said he was told by some GPs and mental health service providers they had come across instances of elder abuse, but weren't equipped to deal with it.

"Over the last 20-30 years, we have become more sensitive and aware of issues like domestic violence, suicide and child abuse," he said.

"This is something that has sort of crept under the radar."

"Elder abuse appears to be fairly common in one way or another with the clients we see," he said.

"It also appears to be on the increase. Whether there is actually an increase by numbers, or whether it is just more reported, is difficult to say.

"The sad truth is that some of our clients who seek our advice do not realise they are the victim of elder abuse or that they are living in an abusive relationship.

The sad truth is that some of our clients who seek our advice do not realise they are the victim of elder abuse.

"It is only when they provide us with their instructions and we provide them with advice, they realise that they are, in fact, a victim of such abuse."

"For example, the offender will use the victim's Centrelink entitlements for their own benefit, or an offender will place undue pressure on a victim to include them in the victim's will, or pressure them to make them their enduring power of attorney in order to gain control over the victim's finances," he said.

"That matter was investigated but no charges were laid," he said.

He said the majority involved family disputes including verbal and physical abuse.

One of the primary goals is to connect people socially, facilitating the development of relationships and friendships that hopefully help to prevent and, or, identify abuse in a supportive framework.

"If someone suspects that an elderly person is being mistreated, either in a family situation or in an aged care facility, they should contact police and report the matter," he said.

"An investigation can be undertaken and even if no offences are identified, referrals can be made to support services that can improve the quality of life of the elderly person involved.

"As a society we have an obligation to care for those who can't care for themselves anymore."

"The city works closely with a variety of organisations, hosting public forums and presentations at the Seniors and Community Centre whenever possible, to raise awareness of the importance of support networks," he said.

"The Seniors and Community Centre has approximately 2000 annual members. One of the primary goals is to connect people socially, facilitating the development of relationships and friendships that hopefully help to prevent and, or, identify abuse in a supportive framework."

Contact The Relationships Australia program on 6164 0173 or email peelsrs@relationshipswa.org.au or the Elder Abuse helpline on 1300 724 679.

Do you have an opinion? Or a story to tell? Contact the Mandurah Mail at editor.mandurahmail@fairfaxmedia.com.au.