While the state’s peak body for the tourism industry recently expressed concern over future job opportunities, the Peel region’s employment prospects have been tipped to increase more than 30 per cent by 2050.

According to Peel Development Commission data, there are currently 7200 jobs in hospitality and tourism across the region, which represents 21 per cent of the total workforce.

However, those positive prospects haven’t been felt statewide.

As part of the submissions the council have pushed for establishment of a Tourism Jobs Growth Fund.

According to the council, the idea would genuinely increase tourism funding and put WA on “competitive footing” with other states in order to retain market share and increase jobs.

Mr Hall’s comments came after results of the latest International Visitor Survey by Austrade revealed an increase in trips to Western Australia but a dip in expenditure and length of stay.

In total, 955,000 international visitors travelled to WA in the year ending September 2018 and spent $2.2 billion. 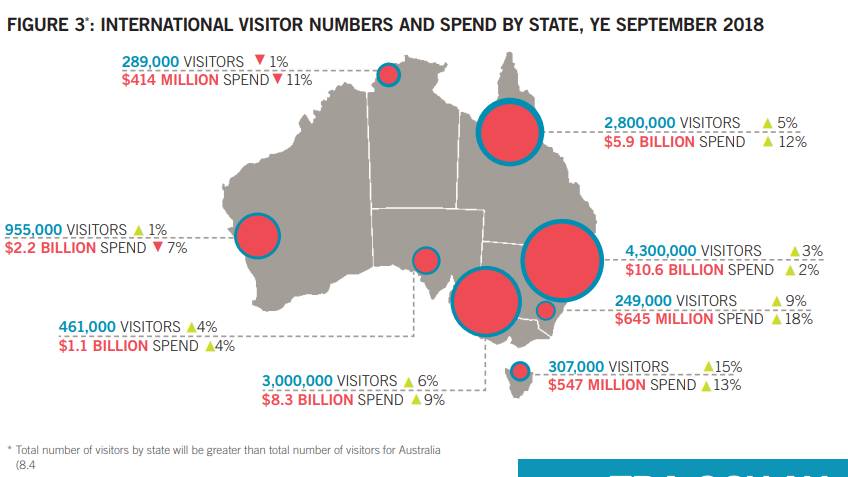 “These losses follow a series of disappointing visitor spend results over the past 18 months,” he said.

“It takes time to extract the data at a regional level,” Ms Kane said.

“However, results for the previous quarter showed strong growth in the Asian market, and a jump in the number of nights overseas visitors were staying in Mandurah.” 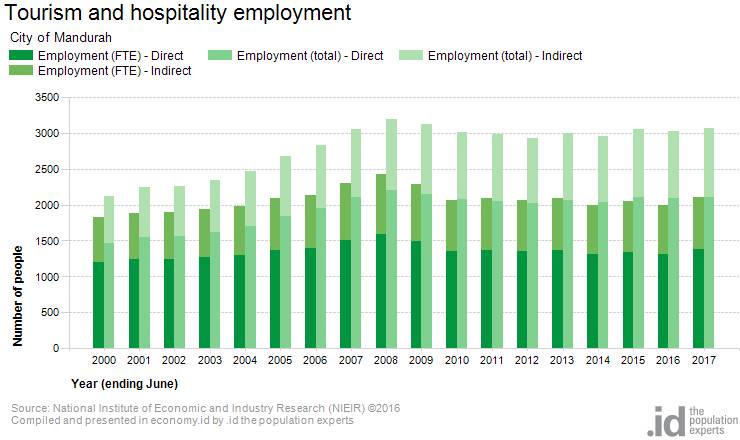 According to the National Institute of Economic and Industry Research, the total tourism and hospitality sales in City of Mandurah throughout 2016/17 was $367.4 million, with the total value added reported at $204.1 million.

In the same period, there were 332,053 international visitors nights in the City of Mandurah, which accounted for 11.1 per cent of the total visitor nights.

In June 2018, the Peel Development Commission asked their stakeholders for feedback on tourism investment in the region.

Of the 235 people who responded to their survey, 87.6 per cent said they believed the body promoted the region effectively in 2017-18.

When it came to the provision of tourism infrastructure needs, 68.5 per cent agreed there was encouragement locally in 2017-18, which was slightly lower than the 69.2 per cent recorded in 2016-17.

At the time, the commission’s chairwoman Paddi Creevey said it was time to “take our foot off the hose and create jobs through tourism”. 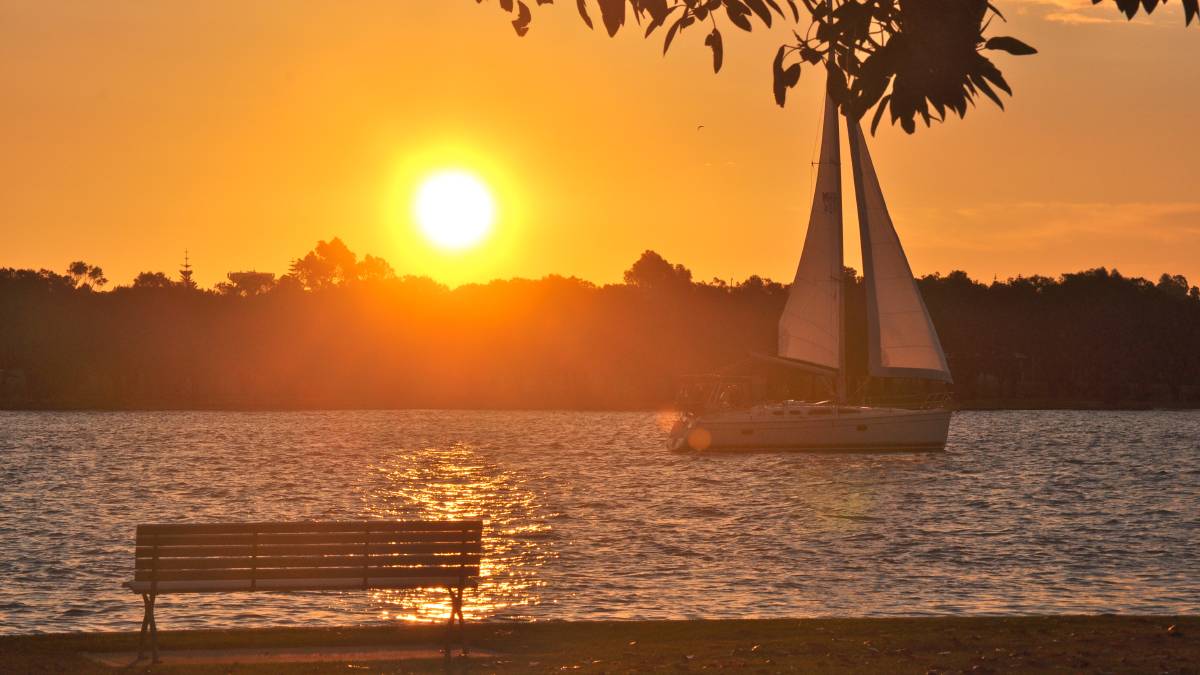 Recent activity in the industry:

With unique food and beverage experiences, renowned natural assets and dedicated operators, tourism and hospitality are key industries and major contributors to the region’s economy.

Below is a look at some recent activity in the Peel region’s tourism industry.

‘Keep an eye out’ for a new training centre

In August 2018, the commission approached the City of Mandurah with a proposal to create a hospitality hub in the Peel region.

The “hospitality training centre” was proposed to economic growth and diversification, boost the quality of the industry and ensure people stayed in the region for education.

In 2010, there were only six people living in the region were undertaking training as a trainee or apprentices.

Of those people, 68 per cent were trained outside of the Peel region.

City councillors voted unanimously to invest $40,000 for the development of a business case to attract both state and federal government funding to support the proposal.

Ms Creevey said while she couldn’t disclose the current status of the project, it would be one to keep an eye out for.

Capitalising on ‘where the trails meet’

Across the past year, Dwellingup has been preparing for a transformation into a “tourist town of national and future international significance”.

Work on the highly-anticipated $4.5 million Dwellingup National Trails Centre project is set to begin in February and due to be completed in September, 2019.

The project will include a skate park and pump track, an adventure playground, entertainment stage, additional barbeque and picnic facilities.

The centrepiece building of the precinct will become a meeting point of the Munda Biddi and Bibbulmun tracks.

The building will include a visitors shop, bike hire, kitchen, cafe, alfresco area, laundry, showers, toilets and a bike rack.

Peel waterways on the silver screen

Across the past year, the region’s renowned seafood has enticed film crews to Mandurah’s waterways.

Channel Nine’s travel program Destination WA picked the Peel region to be the backdrop of four new episodes on food and beverage experiences.

The episodes followed presenter and Mandurah’s own Christina Morrissy, who showcased examples of things to do such as catching western rock lobster on a Mandurah Cruises' Wild Seafood Experience cruise.

On November 26, the region attracted international attention when one of China’s most influential newspapers visited.

The live-streamed video was watched by nearly half a million people.

Cultural tourism grows in the Peel

With a rich heritage and natural resources that hold significant cultural value, the Peel has welcomed new tourism offerings across the past two years.

The cruise offers visitors an authentic experience that celebrates and shares aboriginal history in the region.

In the Murray, Pinjarra-based cultural and nature sanctuary Bindjareb Park has embarked on a journey to create a bush-tucker experience for visitors.

The concept was founded by local Traditional Owner Karrie-Anne Kearing, celebrates the changing seasons of the Nyungar calendar.

To support the teaching of Aboriginal languages, the Peel Development Commission gave the Peel Zoo Foundation funding to produce a 32-page booklet titled Noongar to Zoo.

The booklet included a fact sheet on 14 native species as well as pictures, learning activities and Noongar lanuage content.

The booklet was accompanied by a free app and USB audio file.

Do you have something to say about tourism in the Peel region? Send a letter to our team via editor.mandurahmail@fairfaxmedia.com.au.